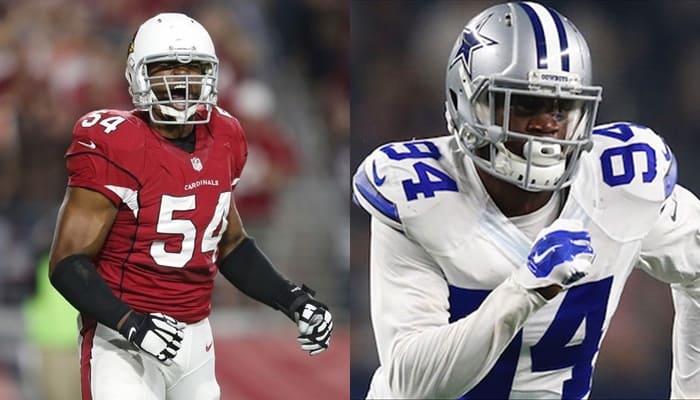 When the Dallas Cowboys drafted Randy Gregory in the second round of the 2015 Draft, many thought they had the steal of the Draft. After a successful career at Nebraska, he was deemed a first round talent but ended up falling to the Cowboys in the second after he tested positive for marijuana at the Combine.

What he has done has not been made public yet (could be missed or failed test), but it appears that he has violated the league’s drug policy yet again. As a result, his four-game suspension will likely be extended to ten games.

With him checking into a rehab facility it is probably safe to assume he has failed another test. According to Ian Rapoport, there is some real concern for Gregory’s well-being:

There is real worry on #Cowboys DE Randy Gregory, who has shut out some people close to him. The hope is treatment helps this time around.

The Dallas Cowboys were already going to be hurting on defense with Gregory missing four games, DeMarcus Lawrence four, and Rolando McClain ten. The team talks as if it believes their pass rush will be just fine with the players they have, but with Gregory now likely to be out for ten it would be shocking if the team didn’t bring in some additional help.

There happens to be one very good pass rush specialist still on the open market—Dwight Freeney.

Freeney made a name for himself with over 100 sacks for the Indianapolis Colts from 2002-12. San Diego picked up for the 2013 season, but after playing in only 20 games in two seasons, they let him go after the 2014 season.

He sat at home till about mid-season last year when the Arizona Cardinals picked him up. They used him strictly in a pass rush capacity and did a stellar job with eight sacks in nine games, good enough to finish tied for 22nd in the league.

In spite of his success, the Cardinals opted not to resign him. He has had a few workouts during the offseason, but no one has appeared interested enough to sign him. However, with players starting to report to training camp, it would not be shocking for other teams to start showing interest.

Dallas tied for 25th in the league last season in sacks with 31. Even if they were not missing anyone, the Cowboys could use some help with their pass rush. Freeney would certainly be an inexpensive way to get some.