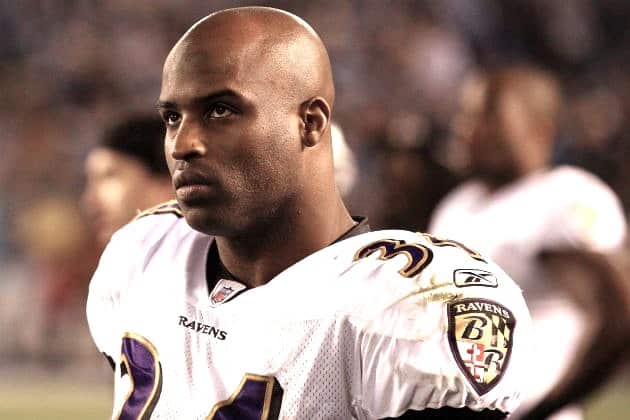 Ricky Williams will always be one of those guys that fans will wonder about. Had he ever actually put down his joint and quit smoking long enough to pass a drug test what would have become of him? He ended up being pretty good when he did play.

So–could he have been one of the best?

We’ll never know of course because he couldn’t stop smoking long enough to pass a drug test. When he surprised the world by retiring before training camp in 2004, he was looking at another suspension after testing positive again. Williams never hid his love of marijuana which led many to believe that he retired because he wanted to smoke without the NFL telling him to stop.

In an upcoming film he acknowledges that was actually true—to a degree:

“It’s kind of true, but not the way that people see it, that I quit football to go smoke weed,” Williams told Sports Illustrated.

He ended up retiring then, came back, joined the 10,000-yards club, and retired for good after the 2011 season.

Since leaving the NFL, he has spent time working as a college football coach and is currently an analyst for his alma mater’s network.  He has also not stopped being an advocate for marijuana and has spoken out against the NFL’s drug policy on several occasions.

Williams never saw why a football smoking marijuana was a bad thing—which may be why he is helping open a new, one-of-a-kind gym in San Francisco—Power Plant Fitness, for the marijuana user who wants to smoke while he or she lifts weights or runs on the treadmill.

For those who don’t want to smoke, they will also offer gels and food items made with marijuana.

“I think a lot of people buy into the stoner stereotype where guys just sit on the couch, smoke and don’t do anything, and they’re not very motivated,” said Williams, who retired from the NFL after the 2011 season. “I found when I was playing football that using cannabis helped me relax physically, relax mentally and even spiritually.”

Could this be a good idea? Is there a segment of the gym-going population that wishes they could take a hit off a bong between sets?

Williams and others like him will be quick to talk about the relaxation benefits and focus that smoking can provide. There is something to be said for being able to focus better while you lift. In several forums online, lifters have raved about how smoking helped their appetite (which helped them eat what they needed to see the gains they wanted).

There is literature online in reputable sources that talk about the benefits of smoking and weight lifting. So—maybe Williams has a good idea?

Absolutely not. There may be something to smoking before or after a workout, but during? According to comments left in forums by several people, smoking while working out did not do them any good. In fact, it made them get sick.

Who wants to work out in a gym that smells like vomit?

The idea of having a bunch of people smoking marijuana while lifting weights sounds dangerous too. As much as many users like to say it helps them focus, marijuana is also known to make people feel paranoid and loopy.

It ‘s not really safe to lift weights while feeling paranoid or loopy. Having a gym full of people doing so is an accident–and a lawsuit–waiting to happen.

Currently, gym members will need to have a medical marijuana card. So at the least, the gym will give them a place to buy, but Williams may want to include a smoking lounge rather than encourage people to smoke while they lift.