Russell Westbrook Gives MVP-Type Performance In Win Over Mavericks–But Will He Win It? 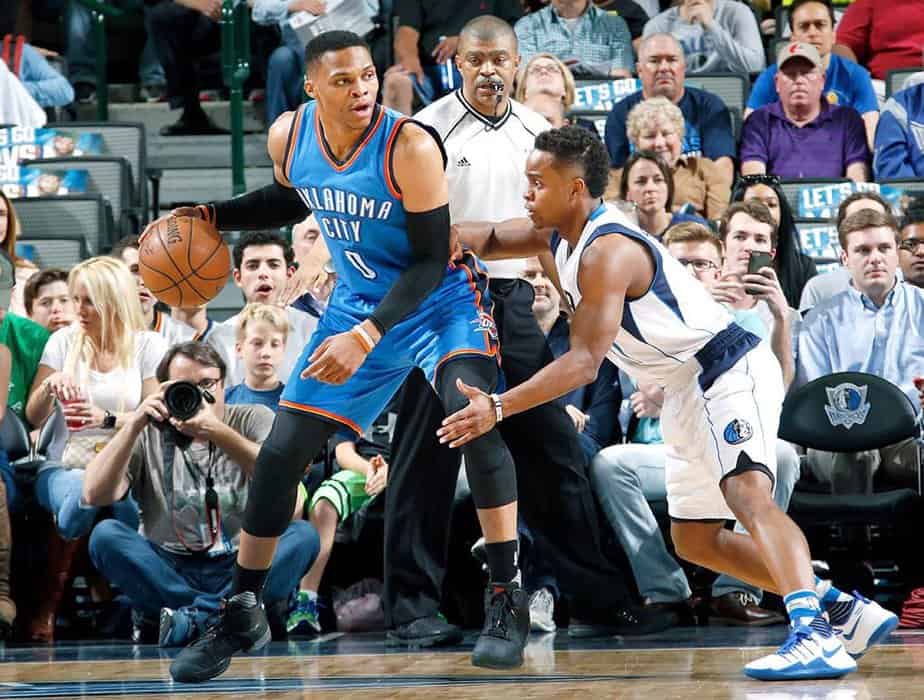 For much of the last decade, it was easy to tell who would be named the MVP of the NBA Regular season. There was no mystery as to who deserved to win the award. Maybe there were a couple of candidates, but it was not hard to figure out who would win. This season that is not the case. 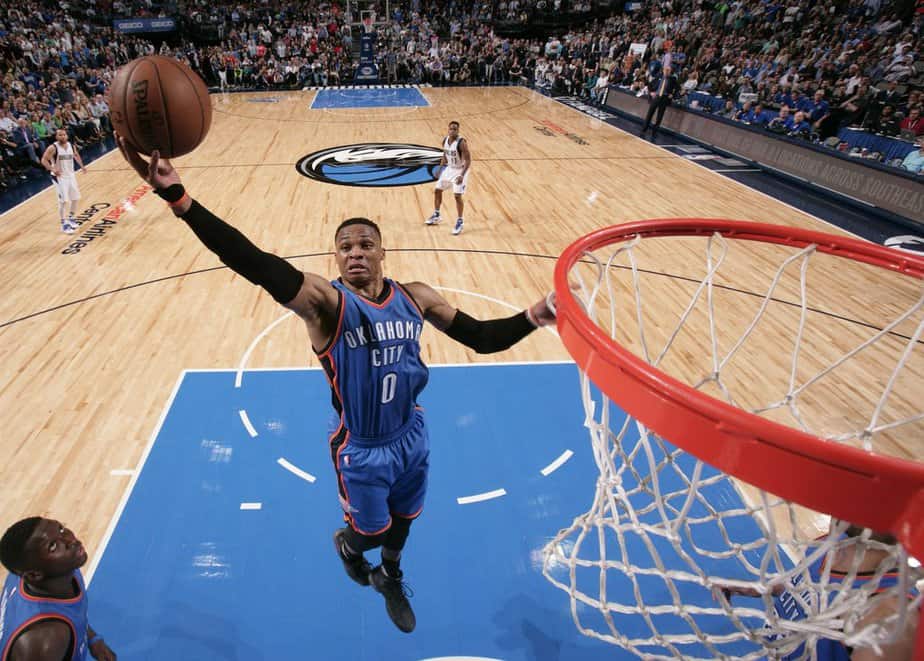 With the regular season winding down, time is running out for each candidate to bolster his case for the award. Monday night, against the Dallas Mavericks, Russell Westbrook turned in a performance that proved why he deserves to be in the conversation.

Dallas was trying to avoid its first losing season since Mark Cuban bought the team, and for much of the game, it appeared as if they would succeed. They led by one, 26-25, after the first, and by 15 at the break after holding the Thunder to 10-points in the second quarter (and scoreless for 5:25 of the period).

The Thunder narrowed the gap a little after three but with 3:31 in the fourth it was looking good for the Mavericks. They held a 91-78 lead, and even though the Thunder had played better in the second half, there was no reason to believe Oklahoma City could pull out the win.

But then Russell Westbrook took over.

“It just happened so fast,” Nerlens Noel said after the game via ESPN. “They were just playing more aggressive than we were late in the game.”

Westbrook led the Thunder on a 14-0 run to end the game and made a 16-jumper with seven seconds on the clock to make the score 92-91, Oklahoma City. He finished the night with 37 points—including 12 during the 14-0 run—13 rebounds, and 10 assists.

It was Westbrook’s 37th triple-double of the season and third in a row. He’ll need four in the Thunder’s final nine games to tie Oscar Robertson’s record of 41 in a single season. He’s still on target to finish the season averaging a triple double (currently averaging 31.4 points, 10.4 assists, and 10.5 rebounds a game).

His outstanding individual game has many calling for him to be named MVP when the season ends. But the NBA does not tend to bestow such an honor on a player simply because his game was great. The voters tend to look more favorably on individual games that helped make the team great—and Westbrook has not made the Thunder great.

Oklahoma City is currently the No. 6 seed in the Western Conference. They could surpass the Clippers for the No. 5 seed (one game back) of even the No. 4 seed (2.5 games back), but they could also be passed up by the Grizzlies (who they are in front of by 2.5 games). 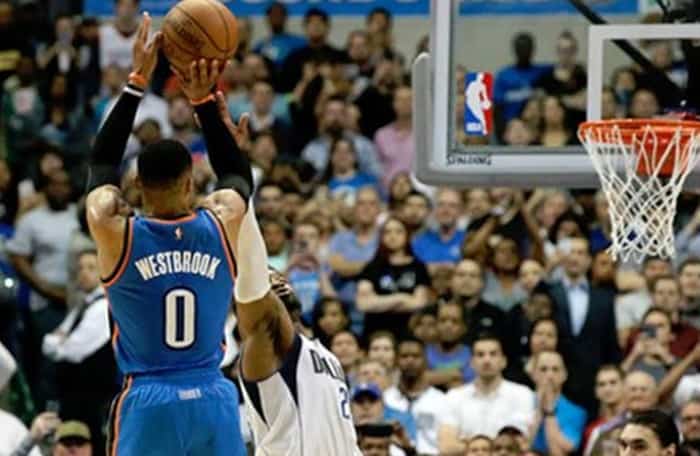 The MVP has not gone to anyone on a team seeded lower than No. 3 in their respective conference in over 30 years—but it has happened. Moses Malone was named the MVP of the 1981-82 season after averaging 31.7 points and 14.7 rebounds a game for the Houston Rockets—who were a 6-seed in the playoffs that year.

But he’s averaging a triple-double! Surely that will be enough to put him over the edge despite the Thunder’s record—right?

When Oscar Robertson averaged a triple-double during the 1961-62 season he did it for the 2-seed Cincinnati Royals who had a record of 43-37. But the MVP went to Bill Russell that season. He averaged 18.9 points and 23.6 rebounds a game for a Boston Celtics team that was the best in the East with a record of 60-20.

Does anyone on one of the top three teams in either conference have numbers that are as eye-popping as Bill Russell’s? Had Kevin Durant finished the regular season he might have—but he didn’t. So, maybe Westbrook does have a shot at winning the MVP this year.