According to San Francisco 49ers head coach Chip Kelly, Blaine Gabbert was benched for Colin Kaepernick with hopes that a change could provide a spark for one of the worst offenses in the NFL. After losing five in a row, it was not hard to see why Kelly wanted to make a change. But did it work? 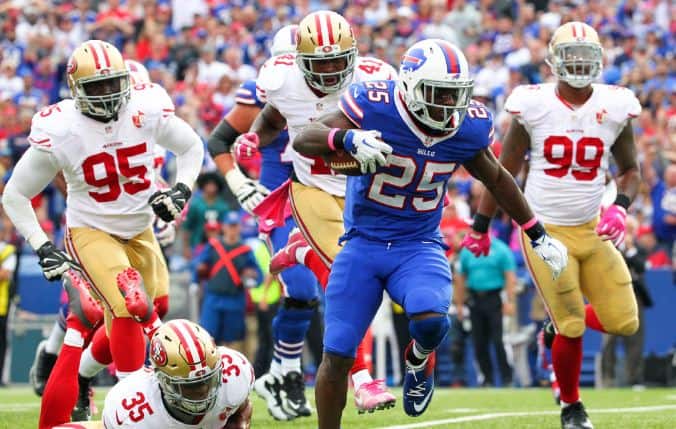 The game was close in the first half, but the 49ers were still down 17-13. Kaepernick completed a beautiful 53-yard touchdown pass to a wide-open Torrey Smith and had a decent first half (8-11 for 135 yards and a touchdown). When he wasn’t pressured he was almost perfect (8-9) (ESPN).

Maybe it was nerves that had him focused. Maybe Kaepernick was excited to be back. Maybe he found his mojo again. Whatever the reason for his resurgence–it didn’t matter. It appeared that the Colin Kaepernick that captivated fans a few years ago was back.

But then the second half started—and that guy fans came to hate before he began “protesting” reemerged.

He was expected to bring a boost to the running game, and he did do that (66 yards on eight carries) with most of it coming on four busted pass plays when he was forced to scramble. On the two rea-options that he kept (of the 17 the team ran) he only gained four yards.

His supporters will be quick to excuse his struggles because he hasn’t played for so long. But they should be concerned he played so poorly without even being pressured by the Bills. Buffalo blitzed him only two of his 36 drop backs. Without pressure, in the second half, he completed only five of 14 pass attempts.

When pressured, he didn’t complete a single pass.  Should he start against Tampa Bay next week, is there any doubt as to what they will do early and often?

He may not start next week. When asked about it, Chip Kelly responded with just “We’ll see.”

The whole point of injecting him into the lineup was for the offense to be better and it wasn’t. Their failures were not completely his fault, but his skill set didn’t make anything better either.

Kaepernick isn’t the reason the 49ers lost 45-16 either. San Francisco couldn’t stop Buffalo from running the ball. The Bills had 312 yards on the ground–12 less than the worst mark in team history (1958, L.A. Rams). LeSean McCoy accounted for 140 of them (and three touchdowns), Tyrod Taylor had 68, and Mike Gillislee added another 60 (and one touchdown).

You can’t win too many football games when a team runs the ball on you with such ease.

It would be surprising for Kelly to switch quarterbacks again after Kaepernick’s first start. Going back to Gabbert would be foolish–which just leaves Christian Ponder. According to the rumor mill, before the switch to Kaepernick, there were many on the team that wanted Ponder to be given a shot.

Ponder last started in 2014, a single game for the Vikings before the job was handed to Teddy Bridgewater. Minnesota had selected him with the 12th pick of the 2011 draft.

Kelly will likely give Kaepernick at least one more game, but if the offense remains stagnant, it would not be shocking to Ponder get a start at some point this season.