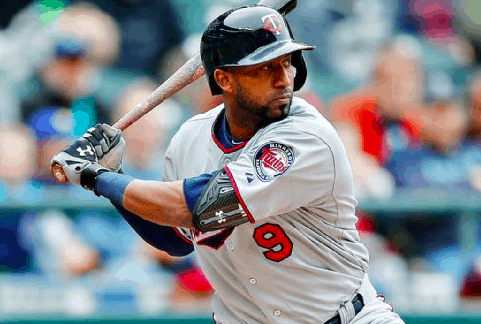 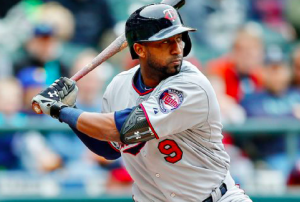 The San Francisco Giants added an all-star infielder to their roster late Thursday night, acquiring Eduardo Nunez in a trade with the Minnesota Twins for left-handed pitching prospect Adalberto Mejia. Nunez is having the best season of his career and was the Minnesota’s lone representative in this year’s All-Star Game. He should make an immediate impact for the Giants, providing depth to a San Francisco infield that has endured plenty of injuries this season.

Nunez has been primarily a utility infielder throughout his career, but on his way to hitting .296 with a career-high 12 home runs he emerged as Minnesota’s every day shortstop, although he has also spent plenty of time this season at third base. The 29-year old Nunez also leads the American League with 27 stolen bases this year.

For the immediate future, Nunez figures to become San Francisco’s every day third baseman while Matt Duffy remains on the DL. Duffy has been on the shelf with a strained achilles since the middle of June, although the Giants expect him to begin playing minor league rehab games soon. However, Duffy’s numbers through the first two and a half months of the season were down considerably from his performance last season. Nunez will not only act as a fill-in for the time being, but he could be a full-time option for the Giants at third base if Duffy can’t get it going once he returns from injury.

Even if Duffy returns to the form he had last season, Nunez will still be a useful utility player who’s capable of playing three of the four infield spots and has at least some experience in the outfield. Second baseman Joe Panik returned to the Giants Thursday after missing a month with concussion-like symptoms. If those symptoms were to return, Nunez could step in for as long as necessary. The Giants could also entertain the possibility of playing Nunez instead of Panik against left-handed pitching, against whom Panik’s power has been almost non-existent this year.

From Minnesota’s perspective, it’s a wise move to cash in on Nunez while he’s having a career year on a team that’s going nowhere. Acquiring the left-handed Mejia is a good return, as he figures to be a serviceable big league pitcher. Mejia dominated in 11 starts at double-A this season and has held his own through seven starts at triple-A in the hitter-friendly Pacific Coast League. Some view him as a back-end starter, but his numbers against lefties suggest he should at least be a lefty specialist and a competent big league reliever.

The addition of Nunez isn’t necessarily a major move for the Giants, but the added insurance and depth in the infield could pay off if the team is further hit by injuries. Nunez also gives San Francisco a player with speed and another veteran presence in the clubhouse. It is also unlikely to be the last move the Giants make before the trade deadline. Reports indicate the Giants are in the market for both a starting pitcher and a late-inning reliever, and so the NL West leaders may not be done adding pieces, setting their sights on yet another World Series run.