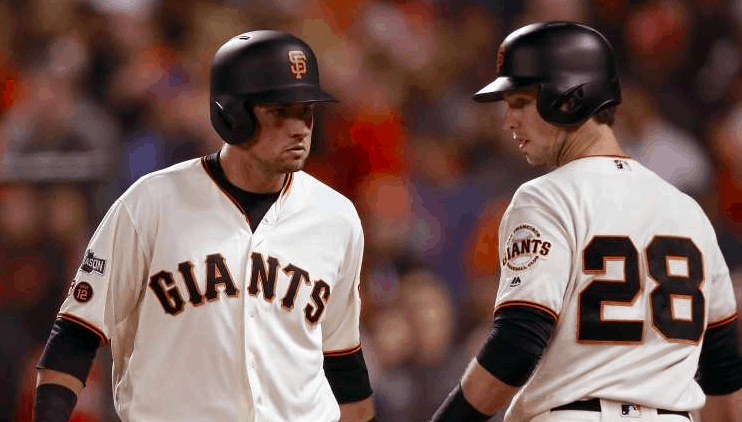 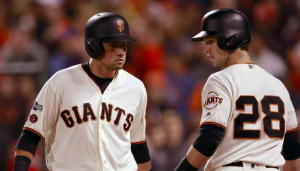 The San Francisco Giants have won three World Series titles this decade, but they’ve gone back-to-back seasons without reaching the Fall Classic. Nevertheless, the Giants remain one of the most talented teams in baseball. Can they get back on top of the baseball world in 2017 or will odd-numbered years continue to prove troublesome in the Bay area?

San Francisco has arguably the best pitcher in baseball in Madison Bumgarner leading its rotation. Bumgarner is coming off a career-low ERA in 2016 and shows no signs of slowing down. With Bumgarner being the ace, Johnny Cueto is perhaps the best no. 2 starter in baseball after winning 18 games and posting a 2.79 ERA last season.

Complementing the duo of Bumgarner and Cueto will be Matt Moore and Jeff Samardzija. Moore gives the Giants a steady and reliable lefty in their rotation, while Samardzija offers far more upside than most back-end starters, despite some year-to-year inconsistency over the course of his career. There’s some uncertainty regarding the fifth spot in San Francisco’s rotation considering Matt Cain’s struggles in recent years. However, the Giants should have enough depth behind their top five to be in good shape if injuries pop up or if Cain continues to decline.

San Francisco’s bullpen was their biggest problem last season, but the Giants hope that they’ve solved those with the signing of closer Mark Melancon. The Giants had a world of trouble finding a reliable closer last season, but with Melancon coming off a season with 47 saves and a 1.64 ERA, San Francisco has the closer it needs.

In front of Melancon, the Giants should have a steady contingent of setup men, including Derek Law, Hunter Strickland, George Kontos, and Will Smith. Assuming Melancon can solidify the 9th inning for the Giants, they may end up having one of the better bullpens in the National League this season.

Considering the talent on their roster, the Giants had a disappointing season offensively in 2016. Denard Span, Buster Posey, and Joe Panik all had subpar seasons in 2016, at least based on their career numbers. The Giants were also hurt by Hunter Pence spending nearly two months on the DL.

If Pence can stay healthy in 2017 after injury-plagued seasons the past two years, the Giants will have a strong heart of the order with Pence, Posey, and Brandon Belt. Of course, the Giants also need Span and Panik to have bounce-back seasons as the table setters at the top of the order. San Francisco also has questions in left field, where the Giants are hoping the platoon of Jarrett Parker and Mac Williamson will provide consistent production. If that duo doesn’t work out, the Giants may not have a Plan B at that position.

On paper, the Giants certainly have the potential to be one of the better offensive teams in the National League. However, unless everything falls into place perfectly for them, they project as a middle-of-the-pack offensive club, as many questions still linger.

Despite reaching the postseason, the Giants have a lot to prove after a (somewhat disappointing) 87-win season in 2016. If the team’s bullpen issues are solved by the signing of Melancon, the Giants could have one of the better pitching staffs in the National League this year. However, the Giants also have much to prove offensively after a mediocre season in 2016.

The Giants will go 89-73 in 2017, a two-win improvement over last season. San Francisco’s pitching will be good enough to carry the team throughout the season, even if they don’t reach their potential offensively. With 89 wins, the Giants will once again be neck and neck with the Dodgers for the NL West crown, something San Francisco hasn’t won since 2012.