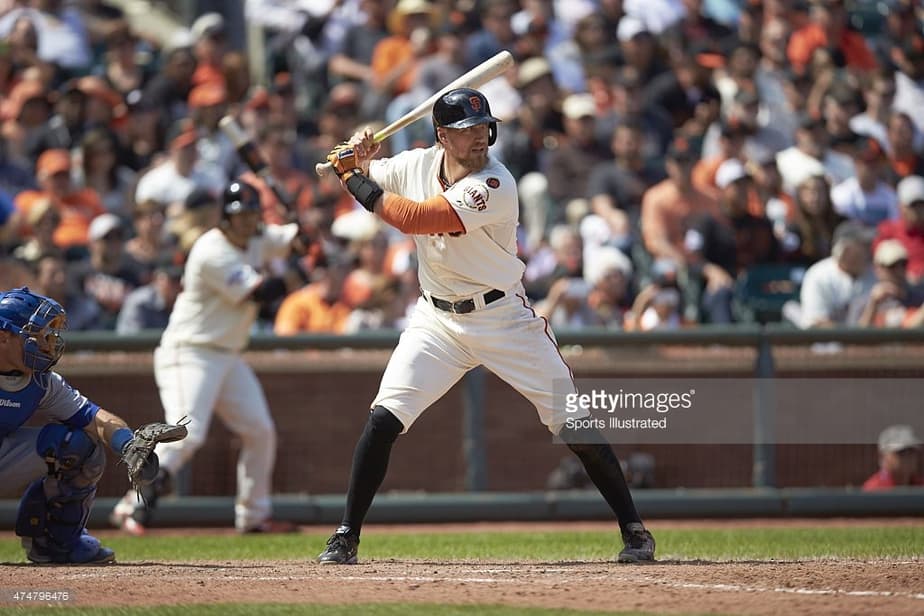 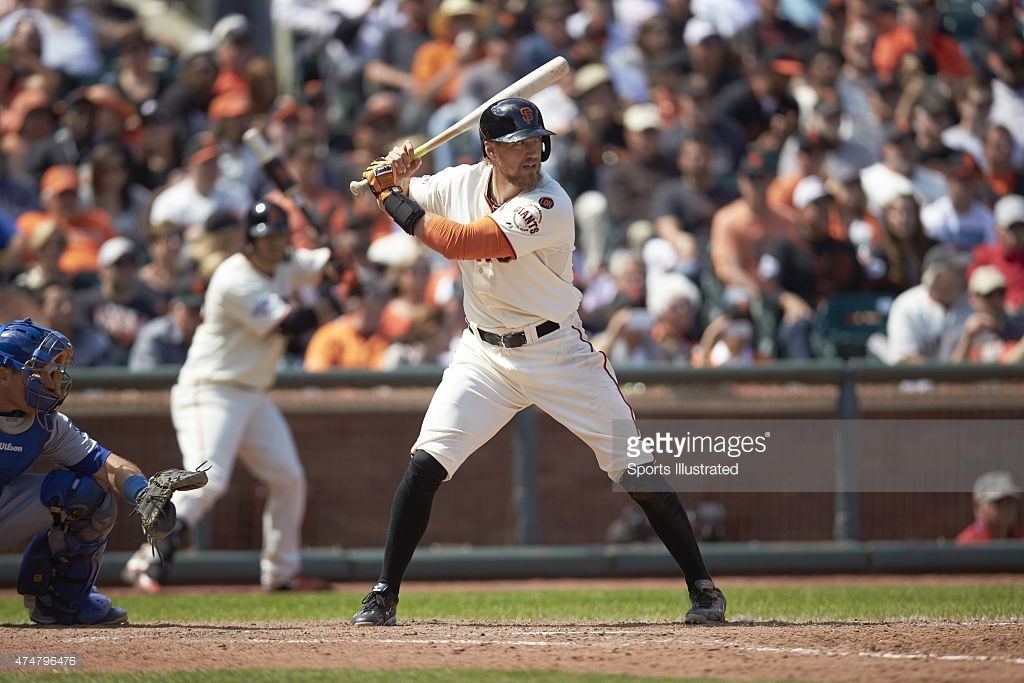 The first place San Francisco Giants took a hit on Thursday with the news that outfielder Hunter Pence has been placed on the 15-day DL. Pence injured his right hamstring while running to first base during San Francisco’s loss Wednesday night to the Atlanta Braves.

It was the second time in less than two weeks that Pence hurt his hamstring. He missed time last week with a minor hamstring injury, returning to the lineup this past Saturday. After re-aggravating the injury Wednesday night, the Giants were quick to put him on the DL and shut him down for at least a couple weeks. “Unfortunately, he did a pretty good job on it,” said manager Bruce Bochy Wednesday night.

Pence said he felt no lingering effects from the previous hamstring injury, so much so that he considered skipping his pre-game treatment on the hamstring Wednesday. “I went and got treatment but I didn’t think I needed it,” he said. “Because it was feeling strong. I guess my confidence led me to think I could push everything I had. It didn’t work out that time.”

The loss of Pence is significant for the Giants, as he’s in the midst of one of the best seasons of his career, and certainly the best year he’s had since coming to San Francisco in 2012. Pence is currently tied with Buster Posey with a team-high seven home runs. He leads the Giants in RBIs and is second on the team with a .298 batting average.

San Francisco’s outfield depth is also waning, as Angel Pagan has been on the DL since May 24 with a hamstring injury, forcing fourth outfielder Gregor Blanco to become an every day player. With Pence out as well, the Giants will have to dip deeper into their pool of depth. Jarrett Parker is likely to receive a bulk of the playing time in right field as long as Pagan and Pence are both on the shelf. Parker is hitting .222 this year and has just 76 career big league at bats, although he does have seven career home runs, including one this year. The Giants have also recalled Mac Williamson to provide some outfield depth. Williamson is a career .208 hitter in 48 major league at bats.

If there’s a silver lining for the Giants it’s that they have some breathing room atop the NL West, currently leading the Los Angeles by 4.5 games. Granted, San Francisco is losing arguably its most productive hitter, but if the Giants can hold down the fort for the next couple of weeks, they’ll be in great shape when Pence and Pagan are able to return from injury. In the meantime, the pressure is on the likes of Matt Duffy and Joe Panik, who have both underperformed this season, to step up in Pence’s absence.