Sunday Night Football Recap: Seahawks vs. Cardinals–Everything Awesome And Awful About The NFL In A Single Game

If the NFL wants to figure out why the ratings are failing, it needs to look no further than Sunday Night’s match-up between the Arizona Cardinal and Seattle Seahawks. Here you had two of the best teams in the NFL with marquee quarterbacks, top wide receiver talent, and dominant defenses. It had all the makings of a good football game—and it was.

But the NFL doesn’t make billions of dollars off good football, much like movie studios don’t always make millions producing movies with well-developed plots, believable characters, and an entertaining story. For many films, it is all about the special effects and nothing else. It’s all about the flash—which is what the NFL has become about. 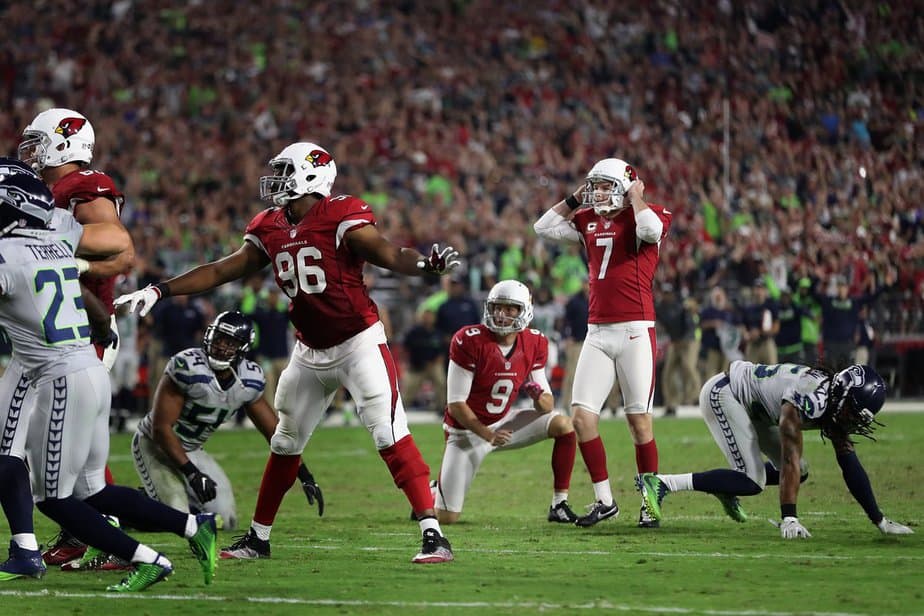 The NFL has fixed the rules to promote scoring and fans love to watch an entertaining, high-scoring game. But they don’t tend to like watching hard, fought defensive battles like the one the Cardinals and Seahawks gave us Sunday night.

But for fans that understand how good defense is just as much a part of football as a high-flying offense, it was a heck of a game. Arizona held the powerful Seattle offense to just 257 yards (much of that coming in overtime) and less than 29 minutes of possession in a 75-minute game. Five of the Seahawks regulation time possessions were three and outs. They didn’t have possession of the ball in Cardinals territory until they recovered the blocked punt—which led to a critical field goal that sent the game to overtime.

Seattle didn’t have 100 total yards of offense till about the 10-minute mark of the fourth quarter.

Looking at the time of possession and total offensive yards for the Cardinals, you would think they could have done more with the ball than they did. Arizona could have done more; they could have kicked what would have been the game-winning field goal on their first possession of the second half. But, perhaps thinking that a single touchdown would be all they needed to win the game Cardinals head coach Bruce Arians decided to go for the first down rather than a field goal on fourth and one from the Seattle 19-yard line.

Had they converted and scored the touchdown, it would have looked like a brilliant move. Instead, it appears like Arians forgot one of the basic principles of the game—take the easy points.

But it was a gutsy move; one that many fans appreciate and one of the reasons Bruce Arians is a popular coach.

Had the game ended in a tie, but only because the defenses for both teams were too awesome for the either offense to handle, this would go down as a classic game rather than an example of why ratings are failing.

After all the hits, all the close plays, and all the drama, both teams had a chance to win this game. They each kicked a field goal on their opening possession of the overtime period effectively making it sudden death. The Cardinals offense took care of business and got Chandler Catanzaro into position for what should have been a chip-shot, piece of cake 24-yard field goal—which he missed.

“I just missed it,” Catanzaro said. “No excuse. Just came out of it a little too fast. Didn’t stay in it. No, excuse for those. The team played their tails off, but I have to move past it as fast as possible, no matter what.”

With the door now wide open, the Seahawks took advantage of the opportunity and drove the ball 70 yards in eight plays to set Steve Hauschka up for a 28-yard attempt—which he missed. 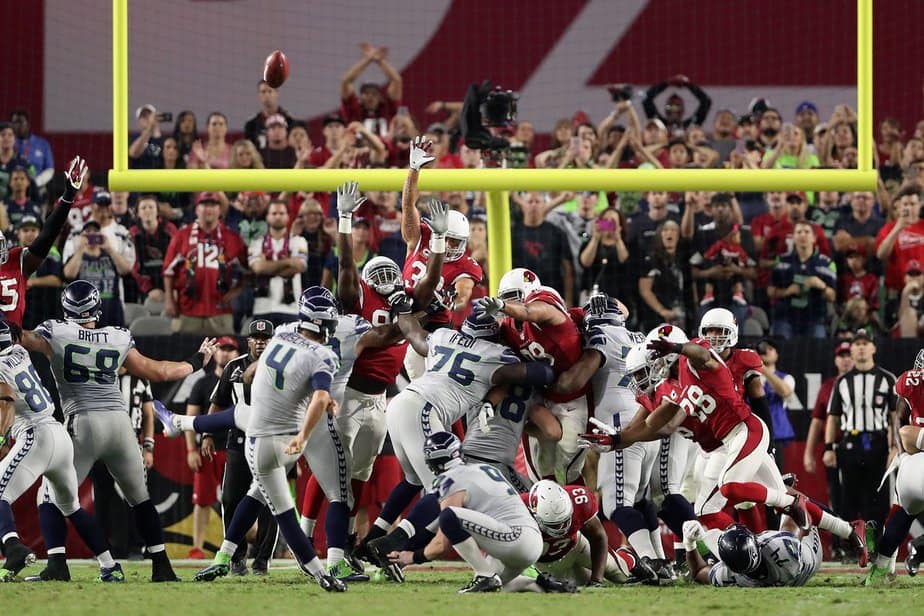 With only a few seconds on the clock, the Cardinals did not have enough time to get into position to try again, and the game ended in a tie.

Fans love their football, and nothing will tear most fans away from it. “Protests,” ridiculous scandals like deflate-gate, severe punishments, and over-officiating will not turn fans away. But when games are decided–or not decided– because of poor play?

That will turn fans off. We watch because we are entertained by the action whether it’s a touchdown pass or a hard-hitting sack. We don’t watch to see guys miss blocks, run into the backs of their offensive lineman, drop the ball while they scramble, or throw a pass right into the hands of a defender.

If we want bad football, we’ll start recording the neighborhood dads playing on after Thanksgiving dinner.