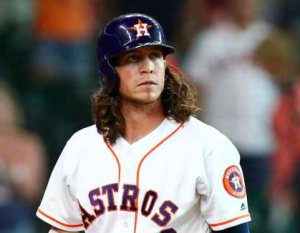 The Tampa Bay Rays have agreed to sign free agent outfielder Colby Rasmus to a one-year deal. The team has yet to confirm the deal as of Tuesday morning, but multiple reports confirm the two sides have agreed to a deal, which is pending a physical. Rasmus will reportedly make a base salary of $5 million in 2017, with incentives that could make the contract worth as much as $7 million.

The signing is an interesting one from Tampa Bay’s perspective, as the Rays were certainly in the market for an outfielder, but may have preferred a right-handed hitter. Moreover, Rasmus was not being considered one of the top offensive players left on the market, even among left-hand hitting outfielders, as Brandon Moss and Michael Saunders remain available.

With prices appearing to drop for power hitters, it’s surprising to see the Rays move to sign Rasmus when they may have been able to sign a better player at a comparable price by waiting a little longer. Specifically, there has been speculation that the Rays could jump in to sign Jose Bautista, who appears to be leaning towards taking a one-year deal. The signing of Ramus doesn’t necessarily take the Rays out of the running for a player like Bautista, but adding Rasmus does make it less likely that Tampa Bay will pursue another outfielder.

For Rasmus, $5 million in base salary is a nice deal coming off the worst season of his career. He made $15.8 million last season with the Houston Astros after accepting a qualifying offer coming off a career-high 25 home runs in 2015. However, Rasmus struggled in 2016, in part because of issues related to a cyst in his right ear. He also dealt with hip and muscle injuries last season, and the combination of those ailments could explain his poor numbers, making Rasmus a candidate to have a bounce back season.

Despite his offensive struggles last season, Rasmus is still considered a strong defensive player who has spent most of his career in center field but who also has experience playing the corner outfield spots. Rasmus is also considered an above-average base runner, even if he doesn’t steal many bases, giving him value outside of his power.

What kind of role Rasmus will have with the Rays next season remains unclear. He could be a candidate to get at bats out of the DH spot, which is unspoken for at the moment. Rasmus could also challenge Kevin Kiermaier for playing time in center field. Kiermaier is a brilliant defensive player, but Rasmus wouldn’t be a huge step down defensively and offers far more upside offensively if he can return to the form he had in 2015. Rasmus could also end up being the every day left fielder with Corey Dickerson moving into the DH spot full time.

If nothing else, Rasmus’ ability to play all three outfield positions will give the Rays more flexibility in their outfield and allow them to rotate players as they see fit. In that sense, Rasmus is a more useful player than Bautista, Moss, or Saunders. So while on the surface it appears that the Rays are settling for a lesser player, Rasmus may end up being a strong addition to the Rays in 2017, especially if he can bounce back offensively.