Tampa Bay To Be Active on Trade Market This Winter 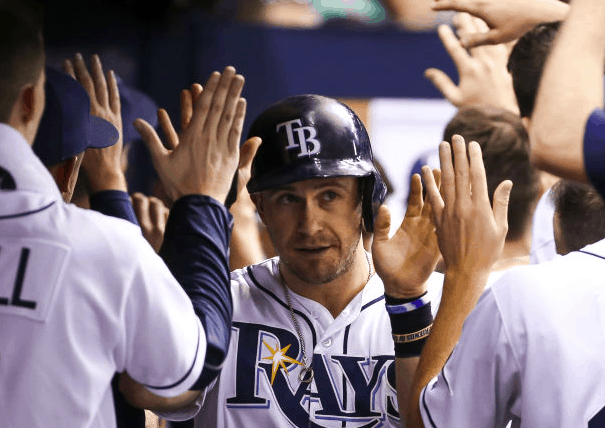 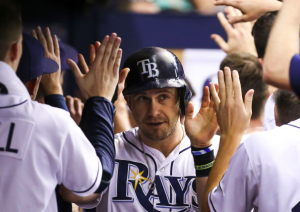 The Tampa Bay Rays will not be deterred by three straight losing seasons and a last place finish in the AL East in 2016. Since the end of the season, the Rays have restructured their front office, making Erik Neander the senior VP of baseball operations and general manager, putting him in charge of evaluating and acquiring players. Tampa Bay is also entering the offseason with the attitude that the team is reloading and not rebuilding. By virtue of being a small market team with little payroll flexibility, this can only mean that the Rays are willing to be active on the trade market this winter, starting with the GM meetings this week.

“When you only win 68 games, you’re open to everything,” opined Tampa Bay’s President of baseball operations Matt Silverman, confirming that the Rays head into the offseason open minded about potential moves that could allow them to compete in 2017, despite being in a division that just sent three teams to the playoffs. “The trade market is our primary avenue to address those needs,” adds Silverman. “It’s market-driven based on the teams’ interest in our players, what (teams) provide to us that meets those needs, both short term and long term.”

Of course, the Rays may not jump right into the trade market. A team like Tampa Bay has a small margin for error, and so one would expect the Rays to be thoughtful and meticulous when it comes to making trades. “We are in listening mode, as we always are, and will be responsive to the market while not taking for granted the value of depth,” explains Silverman.

One position where the Rays could receive plenty of calls this winter is starting pitcher. Even after trading Matt Moore over the summer, The Rays have a rather impressive starting rotation, not to mention more than a handful of pitching prospects who could be ready to pitch in the big leagues at some point in 2017, giving them plenty of flexibility at that position.

The trio of Chris Archer, Jake Odorizzi, and Drew Smyly should all draw plenty of attention from teams that are unsatisfied with the crop of pitchers available on the free agent market this winter. Even coming off a 19-loss season, Archer could be worth quite a bounty in a trade this offseason. Odorizzi drew plenty of interest at the trade deadline this year, and he could arouse even more interest this winter. Smyly could also get the Rays something valuable in return if they were to trade him. Obviously, the Rays are relying on the trio to be a big part of their success in 2017, but trading one of the them is very much on the table.

Infielders Brad Miller and Logan Forsythe, as well as center fielder Kevin Kiermaier are also potential trade chips. The Rays may not be proactive in trading the trio, but all three could have enough value on the trade market to make it worthwhile to at least listen to any potential offers.

One more name to remember is Evan Longoria. Again, the Rays won’t be shopping him, and all indications are that the organization has no interest in trading him. However, Longoria hit a career-high 36 home runs in 2016, raising his stock considerably after down years in 2014 and 2015. However, he has close to $100 million in guaranteed money left on his contract, and his trade value may never be higher than it is right now. Trading Longoria could net the Rays multiple pieces for the future and also give them more payroll flexibility, and so such a move has to be considered.

What the Rays end up doing this offseason is anybody’s guess, especially with a restructured front office that has put some executives into new roles. But making trades appears to be their avenue towards improving for 2017, and that makes them an intriguing team to watch this winter.