The Carolina Panthers Nearly Made A Really Bad Call With The No. 1 Pick Of The 2011 Draft 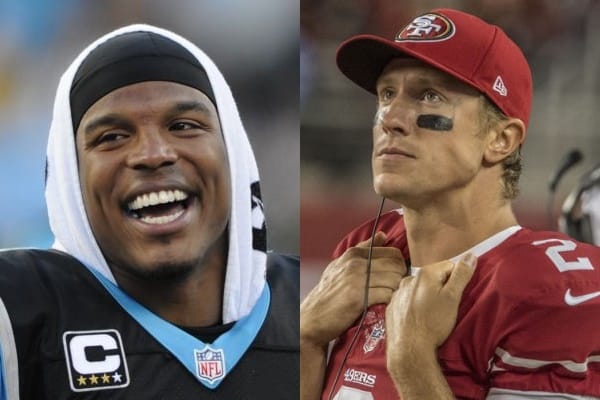 One player can’t win a football game all by himself, but one player—if he’s the right player—can have a serious impact on the future of a team. The Indianapolis Colts learned this when they chose Peyton Manning over Ryan Leaf back in 1998 and again in 2012 when they took Andrew Luck over Robert Griffin III, Trent Richardson, or anyone else that went in the top 10 that year.

Fast forward to 2011, where the Carolina Panthers were looking to pick a franchise-changing kind of player with the No. 1 pick. There wasn’t as much of a national debate in the media over who they should take with it. Most people in the football-loving free world assumed they would take the best player in college football—Auburn quarterback Cam Newton.

However, internally, they had some pretty serious discussions about another guy and nearly took him. Who was that other guy? None other than former Missouri quarterback Blaine Gabbert.

The notion seems laughable now, but in college Gabbert was a pretty good quarterback. He wasn’t good enough to win the Heisman or lead the Tigers to a national championship, but he had two solid seasons as a starter next to just one for Newton. So while Newton had proven himself to be a talented and dynamic player, Gabbert was more of a known commodity.

Both had all the physical attributes an NFL team wanted in a starting quarterback, but were considered raw and in need of further grooming.

There were good reasons to take either player, but in the end, the choice was clear for the Panthers. They took Cam Newton. However, thanks to some comments by Panthers head coach Ron Rivera in a recent Mercury News post, we now know how close they almost came to picking Gabbert:

“Remember, we had the No. 1 pick, and we were talking quarterback,” recalled Rivera. “And it came down to Cam Newton and Blaine Gabbert. Those were the two guys we targeted and looked at, and looked at really, really hard.”

Rivera liked what he saw when he interviewed Gabbert and when the team put him through a workout (MercuryNews):

“…I can see where Blaine could really capture the (locker) room. He’s likeable. He’s high energy. Big effort. Not satisfied.”

“When we worked him out, if he didn’t do something right, he’d say, ‘Let me do this. I’m going to show you I can do this.’ And he’d go back and do it again,” Rivera said. “That was one of the things that impressed me about him.

Luckily, they didn’t spend so much time on Gabbert that they ended up taking him. The Jaguars did with the No. 10 pick and since Gabbert is now playing for the 49ers. So he clearly didn’t work out in Jacksonville. Newton, on the other hand, won Offensive Rookie of the Year in 2011, was the league MVP last season, and has taken his team to the Super Bowl.

So—smart call taking Newton over Gabbert? The answer to that question is obvious