The Los Angeles Rams Might Actually Be Legit (maybe)

After a 28-0 shellacking by the San Francisco 49ers in Week One, the football-loving free world was ready to pronounce the Los Angeles Rams dead on arrival. The defense looked horrible, Case Keenum didn’t appear like he could do anything right, and Todd Gurley looked like he has cement in his shoes.

They appeared to be on the fast track to getting the No. 1 pick in the 2017 draft (or at least the No. 2; the Cleveland Browns are pretty bad too). Fast forward to the end of Week Four, and they are on top of their division. 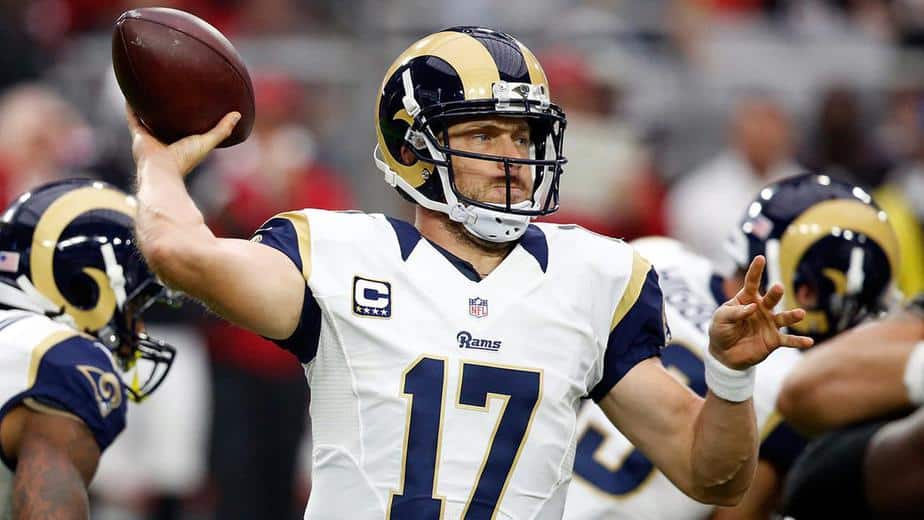 Yes, the same division with two teams that are supposed to be among the best in the NFL–the Seattle Seahawks and Arizona Cardinals. Two teams, which they have beaten!

After dominating the Cardinals for most of the game Sunday, the Rams found themselves behind late in the fourth quarter. The team fans had watched in Week One would have rolled over and died, but that was then. This time, Case Keenum—yes, Case Keenum—was able to take advantage of great field position courtesy of a Tavon Austin punt return.

Five plays later, Keenum hit Brian Quick with a four-yard touchdown pass to give the Rams a 17-13 lead—and the win.

It probably helped that the Cardinals lost quarterback Carson Palmer during the game to a concussion, but the Rams were already beating the Cardinals in just about every aspect of the game. By the time the game was over they had outgained the Cardinals offense, 420 yards to 288. The defense had forced the Cardinals into committing five turnovers and sacked Palmer three times.

Keenum had his best day of the season completing 18 of 30 passes for 266 yards and two touchdowns for a rating of 111.2. While it may not have always looked spectacular, his play over the last three games has been pretty good (50-of-86 for 695 yards, four touchdowns, and one interception).

He’s won six of the last eight games that he’s played in—which is why the team is in no rush to see what the No. 1 pick in the draft, Jared Goff, can do.

The question many are starting to ask is how serious the Rams should be taken. They may not win pretty, but ugly wins (like the one they got over Seattle) count the same as pretty ones. So can they expect to keep getting them?

Yes—but only if Keenum can continue to limit the mistakes and the defense can keep dominating opponents. Keenum is not the kind of guy that you can look to for wins too often; most of the time he’ll be the guy that doesn’t lose the game for you (lowest QBR of the 31 qualified QB’s). But with a defense like the Rams have, that’s okay.

The defense wasn’t able to force the 49ers into making mistakes, but they have done so against Seattle (one turnover), Tampa Bay (two turnovers), and Arizona (five turnovers). When they haven’t forced many turnovers, they have succeeded in limiting the offense. Seattle generated just 306 yards of offense; well below last season’s average of 378.6.

So—can they keep it up?

Absolutely, but it will all come down to the final five games of the season. It is not hard to imagine them being in good shape when they take the field against the New England Patriots on December 4, but it is hard to see them winning that game. The Falcons offense will be tough to handle the following week. Then they finish the season with a trip to Seattle and home games against the 49ers and Cardinals.