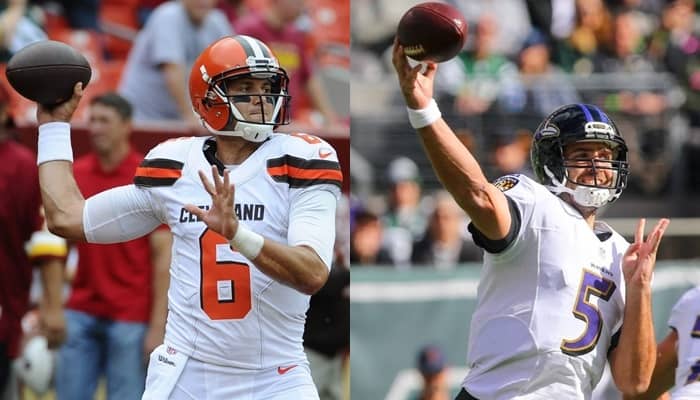 Some people probably think the Cleveland Browns were destined to be terrible this year. Not because they don’t have a starting quarterback, running back, and only one good wide receiver, but because the professional sports franchises in Cleveland have done too well. The sports karma in the universe must even out. With the Cavaliers winning the NBA championship and the Indians making it to the World Series, there isn’t any mojo left in Cleveland.

Which means the Browns were predestined to suck–again.

The superstitious will find some solace in that explanation, but to the masses, the Browns are terrible because they lack many of the parts necessary for an NFL team to be a winner—but that doesn’t mean they can’t win. They do have some talent on the team. Should that talent have a great game and their opponent not—they could win one.

Believe it or not, there is a chance that one game could happen Thursday night when they visit the Ravens in Baltimore.

It may seem hard to see the Browns offense getting much going against the No. 2 defense in the NFL, but they did once before. So–what’s to say they can’t do it again?

Back in Week Two, the Browns jumped out to a 20-2 lead over the Ravens in the first quarter. The Ravens closed the gap to 20-12 by the end of the first half. With a field goal early in the fourth quarter, the Ravens erased the deficit and took a 22-20 lead. Baltimore went on to win 25-20.

Many will be quick to say the Ravens are a much better team now and they are going to destroy the pitiful Browns—but are they? Some will point at the Ravens-Steelers game and say the defense is clearly better. To say that would mean looking past the losses to Oakland, Washington, and both New York teams.

Losing to a team that featured Geno Smith and Ryan Fitzpatrick at quarterback does not say anything good about your defense.

Maybe they do have it together now, but maybe they don’t. If the defense that Pittsburgh faced shows up the Browns are done. But if it plays like any of the versions that showed up during their four-game losing streak, Cleveland has a chance.

Yes, the Redskins and Raiders have better offense than the Browns, but the absence of a running game leaves the Giants vulnerable and the Jets—well, they want the No. 1 pick in the next draft as much as the Browns do.

An argument could be made that the Browns are a better offense than they were then with Cody Kessler at the helm instead of Josh McCown. Of the six players that have taken snaps at quarterback for the Browns this season, Kessler is the only one to complete over 60 percent of his passes (67.5) and he’s only thrown one interception all season. 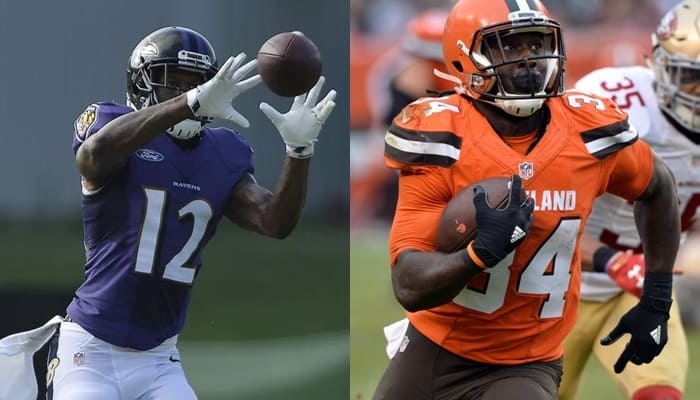 For Kessler to have a real chance to lead the team to a win over Baltimore he’ll need a good game out of his running back, Isaiah Crowell. He had 133 yards (including an 85-yard run) against the Ravens in Week Two. But the Ravens run defense is a lot tougher now than it was then—and is only giving up 76.1 yards a game on the ground.

Baltimore’s lack of a running game (No. 28, 81.8 yards a game) will help the Brown’s defense out, but if they can’t slow down the Joe Flacco to Mike Wallace connection, that will not matter.

Cody Kessler needs to have a career day as does Isaiah Crowell. They will also need Joe Flacco to have an off day and for Mike Wallace to get a case of the drops. No matter how well the Browns play or how poorly the Ravens do play, the odds will not be good for the Browns.