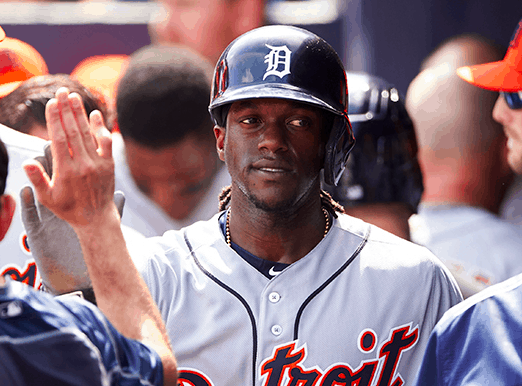 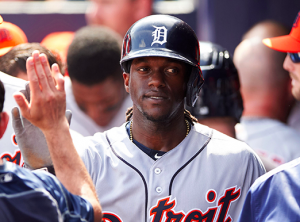 Detroit Tigers GM Al Avila promised us that changes were coming this offseason, and it didn’t take long for him to follow through on that promise. On the first official day of the baseball offseason, the Tigers pulled off a trade with the Los Angeles Angels, trading away outfielder Cameron Maybin in exchange for pitching prospect Victor Alcantara.

Despite missing the first month and a half of 2016 with a broken wrist, Maybin had the best season of his career, hitting a career-high .315 with an .801 OPS. That kind of output makes him a rather valuable player with a $9 million option for 2017, which the Angels intend to pick up.

Of course, the Angels already have a center fielder in Mike Trout, one of the brightest stars in the game, and so Maybin will be forced to play left field, a position he’s played just 10 times in his major league career. However, a position change doesn’t appear to be an issue for Maybin. “I look forward to playing left field besides Mike Trout, one of the best center fielders in the game,” Maybin said Thursday. “I think you if put two center fielders out there, I think I’ll be able to make his job a lot easier, and vice versa.”

Despite going to a team that was 14 games under .500 this year, Maybin appears to be excited about the trade. “Being on this team, with the way they play baseball and constantly have guys moving, whether it’s hit-and-run or stealing bases or bunting, I think I fit in with this style of play really well,” Maybin said. “I’m looking forward to playing for Mike Scioscia. I’ve enjoyed watching how he manages from afar. I look forward to being part of that poetry in motion.”

The Angels appear equally excited to have Maybin, as they have quickly addressed one of their bigger offseason needs. “This was something that was clearly an objective of ours heading into the winter,” said Angels GM Billy Eppler following the trade, referencing the team’s poor production in left field in 2016. “We’ve been able to acquire a guy that we are happy to put in left field and give him an opportunity to play every day. That’s what we’re hopeful he’ll be able to do.”

As for the Tigers, they expect to replace Maybin in center field with JaCoby Jones, who game up at the end of August but has just 28 major league at bats. Jones has an intriguing skill set and a ton of potential, but it remains to be seen if he’s ready and mature enough for an every day job in the majors. When the 2016 season began, Jones was serving a suspension after his second positive test for a “drug of abuse.” He’s also spent much of his minor league career at shortstop and is just learning center field, although his athleticism gives him the chance to become a solid defender there.

Avila says that there will be a competition for the center field job next season, with Tyler Collins and Anthony Gose also in the mix, although neither were particularly productive in 2016. The Tigers clearly want Jones to take the job and run with it, although counting him to do just that is a somewhat risky move.

Avila has said that Tigers want to get younger and gain some payroll flexibility, and this trade certainly accomplishes that to a certain extent. However, whether Jones or one of their other young players will be able to fill the void left by Maybin remains to be seen. Meanwhile, the acquisition of Maybin by the Angels is a great move that could go a long way towards getting them back on track in 2017.