Tom Brady Could Still Win Deflategate—But He Has To Stop Fighting; Brady Announces He Will Accept Suspension [UPDATE] 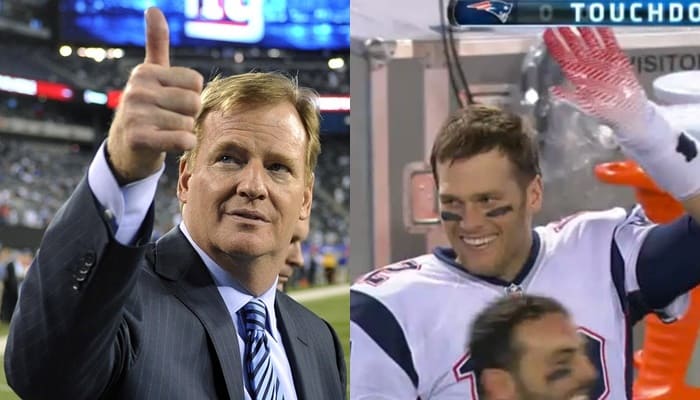 New England Patriots fans have come to know and love the fighting spirit inside of their star quarterback, Tom Brady. He has led their team to glory more times than fans of other teams can count. His value to the franchise is evident, and no one is looking forward to the day when he is no longer suiting up to play.

So when it comes to the whole Deflategate mess, Patriots fans have probably liked his never say die attitude and willingness to keep fighting the good fight. But there comes a time when you have to realize you can’t win the fight no matter how hard you try. However, if you quit in the right fashion you can still walk away a winner—not with the prize you want, but still a winner.

As admirable as his desire to fight is, it is time for Tom Brady to stop fighting Deflategate. It is time to take the four-game suspension, serve it, and move on. But if he does it in the right way, he can walk away looking much, much better than Roger Goodell and the NFL.

To be fair—no one will walk away smelling like a rose from this mess. The whole thing is ridiculous, it has been blown out of proportion, and has become an embarrassment to the league. If Goodell had handled things better, it could have been over and done with last season. At the same time if Brady could have been a bit more forthcoming with what he knew (and shouldn’t have destroyed his phone).

So for the last two years, both sides have succeeded in making themselves look pretty bad—but Tom Brady can still walk away looking better than Goodell and without giving Goodell anything he wants.

First—Brady can’t even try to take his case to the NFL. If he does, he will only succeed in shining a negative light on himself. More than likely, the court will not hear his case so he’ll gain nothing, but in pushing the case to the highest court in the land, he stands to upset a portion of the population that doesn’t already dislike him.

So Tom Brady needs to drop it—and it’s how he drops it that will make him the winner.

No press conference. Many will still think Brady’s ego is coming into play if he announces he’s done fighting with a press conference. No, instead, he—or his press secretary/PR person—needs to write something up for the Player’s Tribune that covers certain points:

So–how does this help him walk away a winner?

He and Roger Goodell both already look bad for drawing this out as long as they have. By being the one that brings an end to the silliest controversy in NFL history, he can generate some goodwill and gain a few points in the court of public opinion. Some will take his willingness to stop fighting as an admission of guilt, but those people probably already assumed he was.

It’s a small gain, but its better than looking like an egomaniac that thinks he’s so important the Supreme Court needs to help him play football. This way, some of the final stories in the press about Deflategate will be kinder towards him while Goodell will still look pretty bad.

[UPDATE] It appears that Deflategate is finally over. Tom Brady has announced that he will not try to take his case to the Supreme Court in a post on Facebook:

“I’m very grateful for the overwhelming support I’ve received from Mr. Kraft, the Kraft family, coach Belichick, my coaches and teammates, the NFLPA, my agents, my loving family and most of all, our fans,” Brady wrote in the post, Friday afternoon. “It has been a challenging 18 months and I have made the difficult decision to no longer proceed with the legal process. I’m going to work hard to be the best player I can be for the New England Patriots and I look forward to having the opportunity to return to the field this fall.”