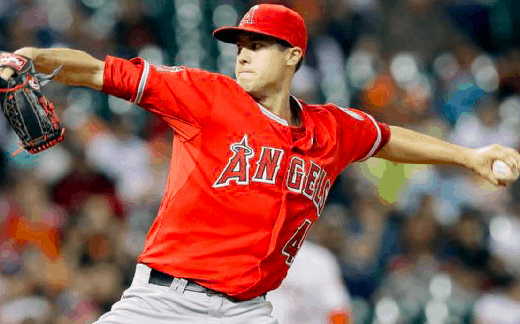 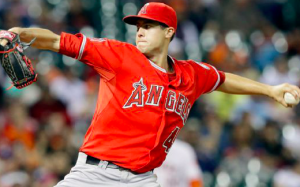 Last season, the Los Angeles Angels suffered an inordinate amount of injuries to their starting rotation, and things may not be off to a great start in that department in 2017. Lefty Tyler Skaggs has been scratched from his next scheduled start this Friday because of shoulder pain. On the surface, it’s a minor setback early in the spring season, but considering his injury history, it’s potentially a serious issue for Skaggs and the Angels.

Skaggs sat out the entire 2015 season after undergoing Tommy John surgery in August 2014. He made nine minor league starts last season before finally returning to the Angels at the end of July. He had some ups and downs during those 10 starts but ultimately posted a respectable 4.17 ERA, giving the Angels hope that he would be ready to anchor their rotation in 2017 more than two and a half years removed from surgery.

However, things have not worked out that way early in spring. Skaggs failed to complete one inning of work in his first spring training start last week. He faced six batters, recording two outs and walking four, all while his velocity took a noticeable drop from the start of the inning to the time that Skaggs’ pitch count forced him out of the game.

To add injury to insult, the team’s medical staff found a problem with his shoulder during a postgame strength test.

“After Tyler came out, there was a little bit of a deficit [in his shoulder] that has corrected itself now,” Angels manager Mike Scioscia explained to reporters on Wednesday. “He’s fine. He’s playing catch. He will throw a bullpen over the weekend, probably Saturday, then fold right back into his next start early next week.”

Scioscia seems to indicate that the shoulder issue isn’t a big deal, but when Skaggs’ injury history, his poor performance during his first spring start, and the drop in velocity within a single inning are added to the equation, it may not be that simple. The minor setback also puts Skaggs a little behind schedule with less than three weeks until opening day.

With an abbreviated outing in his first spring start and a delay in making his second, Skaggs will have a lot of time to make up if he’s going to be ready to pitching during the first week of the season. The Angels may also be inclined to be a little more cautious with the former first round pick.

The importance of Skaggs to the Angels in 2017 can’t be understated. The team is hoping the 25-year old can finally emerge as the frontline starter they’ve always envisioned him becoming. Along with Garrett Richards, Skaggs is expected to be one of the leaders of the team’s rotation. Of course, Richards is recovering from a serious elbow injury and chose an alternative treatment to Tommy John surgery, so there are a plentiful number of questions about his health this season. The Angels have also lost Huston Street from their bullpen for the early part of the season.

The Angels are hopeful that Skaggs’ shoulder weakness is a minor issue that won’t return. However, considering his injury history and his rough outing in his first start of the spring, there has to be concern about him until he starts to pitch effectively and remain healthy over a sustained period of time.