Before Sunday’s game against the Pittsburgh Steelers, it seemed as if many of the commentators and media types couldn’t proclaim “Dallas will lose” fast enough. Very few picked the Dallas Cowboys to beat the Steelers in Pittsburgh. It was as if they have been dying to jump off the Dak Prescott/Ezekiel Elliot ship before it sank and had to be the first to go.

For some, it was because they don’t believe in Dak Prescott and they want Tony Romo back. For others, it was more about Ben Roethlisberger and the Steelers. 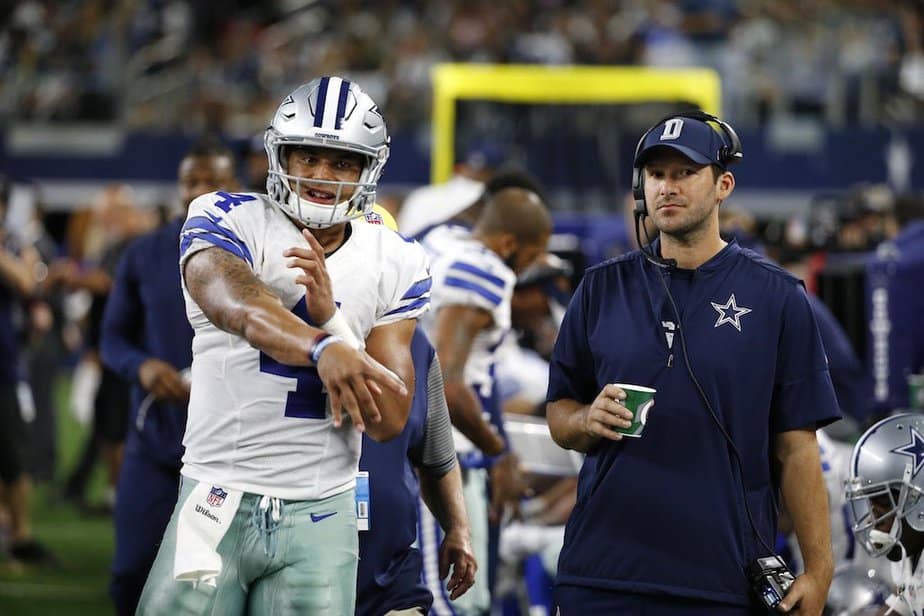 Over the years, Ben Roethlisberger has flopped in his first game back from an injury but tends to roar back in his second game. He and the Steelers were terrible against the Ravens last week–which would mean he was due for a tremendous game against the Cowboys.

With the Dallas defense considered suspect, even though it had been playing well lately, and a rookie quarterback at the helm of the offense, many assumed the Steelers would run away with it—especially since the Steelers were playing at home.

What they failed to consider is that Dak Prescott is actually pretty darn good. Does he benefit from having a monster offensive line and an incredible running game powered by Ezekiel Elliot? Absolutely! But he is also good enough to make the most of them—and did as he led the Cowboys to a 35-30 win over the Steelers in Pittsburgh.

Many of the doubters did not believe Prescott could stand up under the pressure the Pittsburgh Steelers would bring. However, while they believed the Steelers defense was just like the one of old–it isn’t. The unit has gotten better as the season has gone on, but the Steelers secondary is not very good, and the front seven had yet to see a running back of Ezekiel Elliot’s caliber.

Pittsburgh would have to slow Elliot down if they were going to have a chance–and they kind of did. Elliot didn’t break 100 yards on the ground until he made his 32-yard game-winning touchdown run in the final seconds of the game (if only they could have had as much with him in the passing game…).

“It parted like the Red Sea. All I had to do was run.”

Before that run, the two teams put on the kind of game the NFL would love to have in primetime every week. Seven lead changes, star players—veteran ones like Ben Roethlisberger and Antonio Brown and rookies like Prescott and Elliot—putting on a show, drama (like Pittsburgh going for two on all four touchdowns), a clear-cut winner—it had everything the NFL and television networks could hope for. 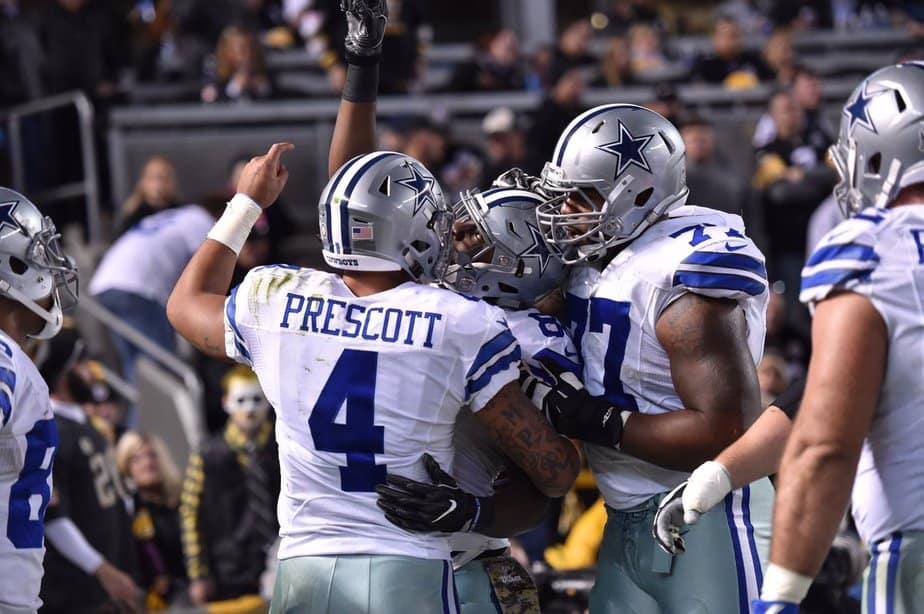 It was exciting, compelling, action-packed, and that ending—what an ending!

When Pittsburgh regained the lead on a one-yard touchdown run by Le’Veon Bell, Dallas had a shot to win still—but could they make a comeback? Could Dak Prescott come through in the clutch? It took a few minutes, but when Elliot scored on a 14-yard run after the two-minute warning, the answer was clear.

But there was still 1:55 on the clock. With the playmakers, the Steelers have, it would not be shocking to see Pittsburgh stage their own comeback. Five plays later Antonio Brown caught what the thousands in attendance though had to be the game-winning touchdown with their Steelers up 29-24 and only 42 seconds on the clock.

Prescott and Elliot had a different ending in mind, though. After the game, Elliot told reporters what he said to Prescott before they took the field: “I looked at Dak, and I was like look, man. This is why we’re here. This is why we’re in Dallas.”

A couple of completions to Jason Witten, one to Cole Beasley, and a facemask penalty later the Cowboys were within field goal range on the Pittsburgh 32. We can only assume the team ran the ball on the next play to get the clock moving so Dan Bailey could make the game-winning kick and not leave time for Ben Roethlisberger to pull a rabbit out of his helmet.

But then the sea parted, and—well, you know how it ended.

The win answered one question that has been nagging Dallas Cowboys owner Jerry Jones (and fans) for weeks. After the game, he declared Dak Prescott the starting quarterback going forward and Tony Romo his backup:

“It’s just going with the obvious,” Jones said. “You are going with how the team is doing right now. It must not be obvious because I get asked about it every time I open my mouth. It’s not hard. It’s not hard at all. Tony would make the same decision. That’s what you do.” 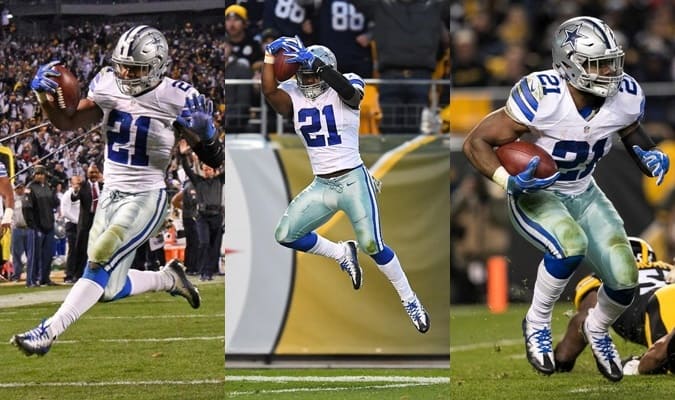 The loss, however, raised questions for the Pittsburgh Steelers; at least in the mind of Ben Roethlisberger who was critical of his team after the game:

“We are undisciplined and not accountable,” Roethlisberger said from his locker. “That’s why (the Cowboys) are one of the best in the business, and we’re not right now.”

It sounds like the Dallas Cowboys are prepared to ride the Prescott Train until it sputters—of course, if it doesn’t, there is no way Jerry Jones keeps a guy making $19 million in the bench. Next up—the owners of the No. 1 defense in the NFL, the Baltimore Ravens.

At 4-5 the Steelers can’t afford to lose anymore if they want to have a chance to overtake the Ravens for the division lead (or a wildcard spot). Somehow, they will need to get the questions about the team answered and everyone on track if they want to see the postseason. They shouldn’t have too much trouble getting back to .500 next week when they travel to Cleveland to face the Browns.