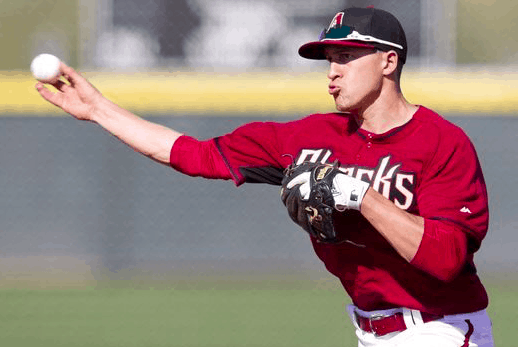 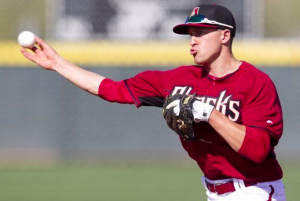 Even after trading Jean Segura over the winter, the Arizona Diamondbacks find themselves with an excess amount of middle infielders this spring. It’s obviously a good problem for the Diamondbacks to have, but it’s a problem that has the club exploring its options in order to make room for everyone on their opening day roster. One possible solution is trading away one of their excess middle infielders, and at the moment, Nick Ahmed appears to be the most likely trade candidate.

One of the biggest reasons for the logjam in Arizona’s infield is the emergency this spring of Ildemaro Vargas. The 25-year old has bounced around baseball for a few years, but he signed the Diamondbacks prior to last season and had a great season in the minors. Vargas has carried that over to spring training this year, hitting .321 with a .988 OPS, possibly forcing the club to put him on the opening day roster.

“We’re three weeks into games, and he hasn’t let up,” Arizona manager Torey Lovullo said about Vargas. “So we want to see it continue and last as long as possible, gain that experience, and if he continues to do it, that’s how we want all these young players to play.”

In addition to Vargas, the Diamondbacks also added versatile infielders Ketel Marte and Daniel Descalso to their roster this winter. Arizona also has a competition for the starting shortstop job this spring between Ahmed and Chris Owings, with the loser of that competition presumably taking a bench role. Meanwhile, the Diamondbacks are hoping to permanently move Brandon Drury to second base, which takes away a spot for players like Vargas, Marte, or Descalso to either the bench or the minors.

With room in the infield limited, the Diamondbacks are reportedly willing to trade Ahmed, who appears to be trailing Owings in the battle to be the team’s opening day shortstop. Ahmed is known more for his defense that his offense, but he posted decent numbers in 2015. With teams putting increased emphasis on defense, there could a market for him. He may also be worth more in a trade than any player other than Owings, perhaps helping the Diamondbacks strengthen their farm system.

If the Diamondbacks are indeed shopping Ahmed, the San Diego Padres may be one of the teams they contact about him, despite the two teams being division rivals. Ahmed may not be an upgrade at shortstop over Luis Sardinas, although he could still provide a boost to a team that could use some reinforcements in their middle infield.

The Kansas City Royals could also be an option, as Ahmed could factor into their wide-open competition at second base. He could also serve as insurance in case Alcides Escobar leaves in free agency next winter or is traded during the summer. The Pirates, Orioles, and Dodgers are also teams that could have a need for a defense-oriented shortstop.

At this point, there doesn’t appear to be anything imminent with regard to Ahmed or any of Arizona’s other middle infielders being traded. However, Ahmed would make for a good trade candidate for any team that has a need at shortstop. Eventually, the Diamondbacks will have to do something about the large contingent of middle infielders on their roster, and finding a trade partner for Ahmed is a possible solution that makes sense on a number of levels.