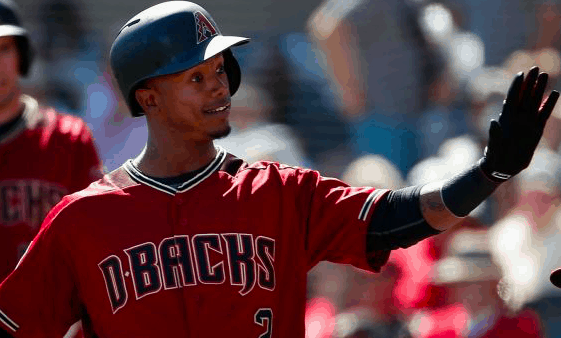 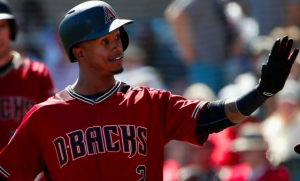 The Seattle Mariners have been busy on the trade market this offseason, already acquiring both Danny Valencia and Richie Shaffer in relatively minor moves. On Wednesday night, the Mariners pulled off a slightly bigger trade, acquiring shortstop Jean Segura from the Arizona Diamondbacks in a five-player deal. In the trade, the Mariners receive Segura, outfielder Mitch Haniger, and left-handed reliever Zac Curtis, while the Diamondbacks receive infielder Ketel Marte and starting pitchers Tijuan Walker.

The acquisition of Segura solves Seattle’s quandary at shortstop for 2017. The Mariners were not sold on Marte being their every day shortstop next season, believing he could benefit from additional time in the minors. Seattle was previously linked to Zack Cozart in trade talks, but instead ended up working out a deal with Arizona for Segura, who has two more years of arbitration before hitting free agency.

“We just feel at this point, this trade made more sense with where our roster is, and Jean Segura fit this club about as well as any player we were looking at in the trade market,” said Seattle GM Jerry Dipoto. “His combination of average, power and speed is extremely difficult to find, especially at a position like shortstop and at the top of our lineup.”

Segura did experience a couple of subpar seasons with the Milwaukee Brewers after enjoying a breakout season in 2013, but he experienced a re-emergence after being traded to the Diamondbacks last offseason. If the Segura of 2016 shows up in 2017, the Mariners will have one of the best leadoff hitters in baseball, as well as one of the best middle infields in the game with Segura playing alongside Robinson Cano.

The Mariners also received Haniger, who becomes the team’s 14th best prospect, according to MLB.com. He was Arizona’s Minor League Player of the Year in 2016 and then played 34 games with the Diamondbacks late in the season. He brings plenty of power to the table and gives the Mariners a right-handed option in the outfield amidst a sea of left-handed hitters.

Of course, in addition to parting with the young and athletic Marte, the Mariners also sent the Diamondbacks Walker, a promising young pitcher who was one of their best starters last season. “It’s hard any time you give up talent like Taijuan,” explained Dipoto. “But frankly, you have to give to get, and in this case we feel like we’re getting a little bit more of a known commodity. We understand that Taijuan takes with him the upside to achieve something greater than we’ve seen, and I know that’s real. At some point, he’s going to put it all together, and he will find himself as a pitcher.”

Walker joins a starting rotation in Arizona that is filled with young and promising pitchers behind the well-established Zack Greinke. “It’s not one of those guys that you’re able to acquire all the time, with the state of the game now with pitching and the premium, especially on starting pitching,” new Arizona GM Mike Hazen said about Walker. “We felt like this was an opportunity we needed to take.”

Hazen also likes the versatility the Diamondbacks are getting with Marte. “We think he can play anywhere, really,” Hazen said. “We just think we love the athleticism and the all-around player. When he was in the Minor Leagues, the way he controlled the strike zone, he got up to the big leagues quick as a 22-year-old, and we think there’s definitely some upside in the bat and the defensive ability and the speed and the athleticism. All around, we feel he adds quite a bit to our club.”

The Diamondbacks don’t have a ton of glaring holes in their lineup, although the middle infield is an area of uncertainty, especially after the loss of Segura. Chris Owings, Nick Ahmed, and Phil Gosselin make up Arizona’s current contingent of middle infielders, a group that Marte will join in spring training and have the opportunity to compete for playing time.

On the surface, the Mariners definitely appear to have gotten the better of this trade. If Segura can perform the way he did last season, he’s a game changers that can help Seattle compete at the top of the AL West in 2017. Haniger is also an intriguing player who has a chance to fill a role on Seattle’s roster. Meanwhile, Walker and Marte don’t necessarily fill needs on Arizona’s roster. Both have a chance to become impact players, but neither is a lock to reach their potential, and so the Mariners are more likely to benefit from this trade.