Richie Shaffer Centerpiece in Trade Between Rays and Mariners 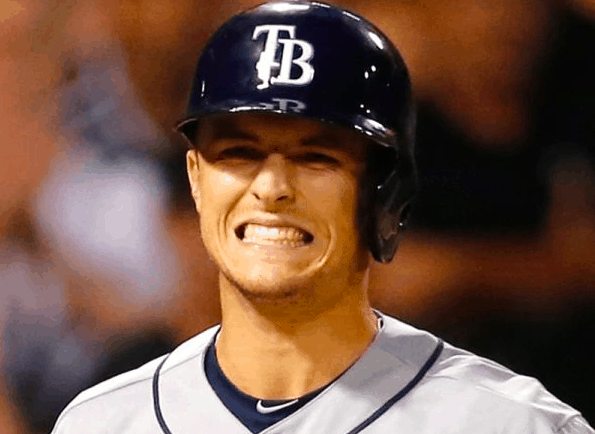 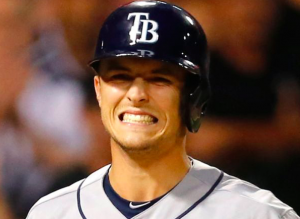 We’ve known all offseason that the Rays would be active on the trade market this winter, so this may be the first of several trades Tampa Bay makes over the coming weeks and months. However, it was expected that the Rays would make trades aimed at short-term improvement, whereas this trade merely adds prospects and frees up space on the their roster for the eight prospects they added to their 40-man roster on Friday to protect from next month’s Rule 5 Draft.

Kittredge is the only player the Rays are getting in the deal who has a chance to play in the big leagues in 2017. The 26-year old has spent the past two seasons jumping between double-A and triple-A with modest success, but he is yet to pitch in the majors. Kelly was a late-round draft pick in 2015 and put up good numbers in A-ball this year, but he has much to prove to get on the major league radar. Finally, Thompson was the only player Seattle traded who was on the team’s list of top-30 prospects, according to MLB.com. Thompson was a 4th round pick in 2015 but is yet to pitch above Rookie ball, as he was limited to three appearances the year because of injury.

Meanwhile, Seattle’s acquisition of Shaffer is somewhat odd. The former first round pick has yet to live up to his potential as a power hitter, but it would have been sensible for the Mariners to make him part of a platoon at first base with youngster Daniel Vogelbach. However, the Mariners already filled that need earlier this offseason by trading for Danny Valencia.

Instead, the trade for Shaffer and Motter appears to be about adding depth and versatility. “Motter and Shaffer help us create the depth that is critical to our success,” explains Mariners GM Jerry Dipoto. “They are two defensively versatile players who have offensive skill. Shaffer brings power and Motter brings on-base ability and speed. Their additions give us players with Major League experience who allow us to maintain our roster flexibility throughout the season.”

In just 33 big league games, Motter has played every position except catcher and center field (including one-third of an inning as a pitcher), so he does give the Mariners the versatility that Dipoto mentions. However, he’s a career .188 hitter in the big leagues, and despite showing some power and speed, was mostly unimpressive during his time in triple-A last season.

Of course, Shaffer and Motter are two players capable of playing fringe roles on a major league roster, and in that sense, the Mariners may see some immediate payout from this trade. Seattle was just a few games out of a playoff spot in 2016, so any incremental improvement could make a difference for them. Motter’s power, speed, and versatility could make him a useful bench piece, while Shaffer could compete for time at both first base and left field. Most importantly, if Shaffer’s power finally starts to show up in game situations, Seattle could end up being big winners in this trade.