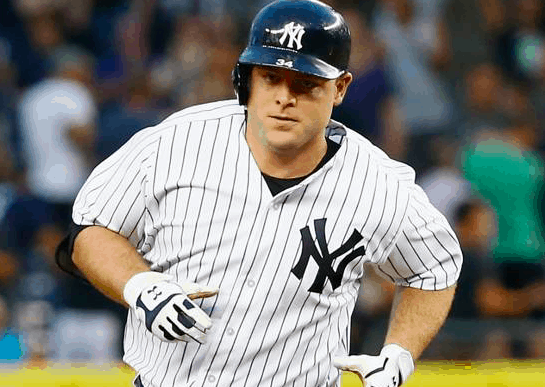 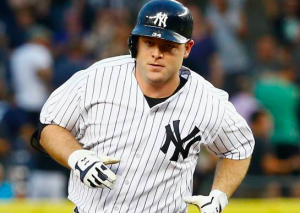 After much speculation and rumors this offseason linking the Houston Astros to the New York Yankees in a trade involving catcher Brian MCann, including reports earlier in the week that talks had stalled, a deal has been made. The teams announced on Thursday that McCann has been traded to the Astros for pitching prospects Albert Abreu and Jorge Guzman. The Yankees will pay $11 million of McCann’s $34 million salary over the next two years, leaving the Astros to pay the remaining $23 million.

The Yankees had been eager to trade McCann since last summer with the emergence of youngster Gary Sanchez, who figures to be the primary catcher in the Bronx for a long time to come. Meanwhile, McCann is a player the Astros had their eyes set on for much of the offseason.

“It really checks a lot of boxes for us coming into the offseason,” Astros GM Jeff Luhnow said about the trade in a statement. “Coming into the offseason, signing a catcher was a key priority for us and there were some options out there, but we focused early on McCann and started talking to the Yankees about him. It took a little while for the deal to get done, but I couldn’t be more excited. He brings veteran leadership into our clubhouse after being on numerous high-caliber teams and working with some great pitchers. He’s got a great track record on the field in the way he receives and handles some great pitchers and is good behind the dish as a catcher.”

McCann has seen his offensive production dip in recent years, but he’s hit at least 20 home runs the past nine years, so he still has plenty of power left in his bat. The Astros were also eager to acquire a left-handed bat this offseason, a need that McCann will help to fill. The Astros also like the veteran presence McCann brings behind the plate.

“When you have a presence like him behind the plate, it does wonders for the pitching staff,” said manager A.J. Hinch, who is also a former big league catcher. “He controls guys offensively and brings a real toughness to us. I’m thrilled to get him.”

The acquisition of McCann likely means that Houston will not attempt to re-sign catcher Jason Castro. McCann figures to be the team’s primary catcher in 2017, with Evan Gattis seeing action as the backup. Gattis also figures to get a lot of at bats as the DH, although the Astros have a few other players who could get at bats as the DH as well.

As for the Yankees, trading McCann not only solidifies Sanchez as the team’s primary catcher moving forward. But it also opens up their DH spot, which McCann would have been likely to fill had he stayed in New York. The absence of McCann on the roster could allow the Yankees to pursue Carlos Beltran or other free agents more aggressively to find a full-time DH in 2017.

As for the prospects who are part of the trade, the Yankees didn’t quite cleanup the way they did during some of the moves over the summer. Both pitchers are a few years away from the majors, although Abreu, 21, emerged as one of Houston’s best pitching prospects last year. Meanwhile Guzman, 20, pitched in Rookie ball last year and is far from the major league radar at this point.

Of course, the Yankees didn’t make the trade to acquire top-notch prospects. They merely wanted to free themselves of most of McCann’s contract while also opening up space on their roster for Sanchez and perhaps a new DH. Meanwhile, the Astros got the catcher they wanted, making this a productive trade for both sides.