Market For Carlos Beltran Heating Up 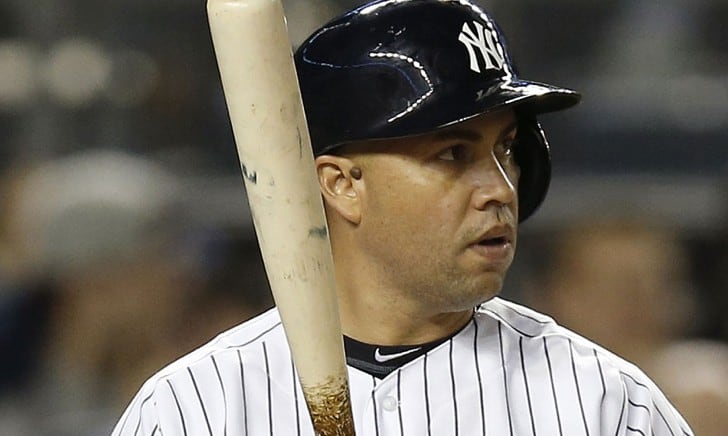 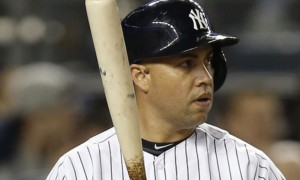 Carlos Beltran will be playing in the big leagues in 2017 at the age of 40. That much is sure. The only thing we don’t know is what team he will be playing for. The market for Beltran appears to be heating up, as reports indicate that there are no less than four teams vying for his services. Those four teams appear to be the Red Sox, Yankees, Blue Jays, and Astros. Surprisingly, that list doesn’t include the Texas Rangers, who acquired Beltran from the Yankees at the trade deadline.

The Red Sox are an obvious fit, as they need to replace DH David Ortiz, who retired following the 2016 season. Beltran posted numbers in 2016 that would make him a more than suitable replacement for Ortiz in Boston’s lineup. Beltran’s ability to play the outfield on occasion could also be attractive for the Red Sox considering the rash of injuries they suffered this past season. Of course, Boston GM Dave Dombrowski has said in the past that the team may not look to sign a big-name free agent to replace Ortiz with the Red Sox having several internal options. Nevertheless, the Red Sox continue to be in the conversation for Beltran.

The Yankees, who traded away Beltran over the summer, may be interested in a reunion with the veteran slugger now that Alex Rodriguez is no longer taking up space on New York’s roster as the primary DH. The Yankees could also use Beltran in right field early in 2017 if youngster Aaron Judge requires more time in triple-A. However, the Yankees making a serious offer for Beltran may hinge on the team trading Brian McCann, who is currently penciled in as the regular DH in 2017.

Hearing the Blue Jays being connected to Beltran is somewhat surprising after Toronto signed DH Kendrys Morales last week. However, the Blue Jays are expected to lose Jose Bautista, Edwin Encarnacion, and Michael Saunders in free agency, so they have a lot of power to replace. The Blue Jays may see Beltran as a viable option in right field, at least on a part time basis. Toronto appears unsatisfied with its outfield contingent of Melvin Upton Jr., Kevin Pillar, Ezequiel Carrera, and Dalton Pompey, and so it would make sense for Beltran to be on their radar.

Finally, the Astros may be the team that has been most aggressive in its pursuit of Beltran. It’s no secret that the Astros are looking for a left-handed bat, and despite being a switch-hitter, Beltran could certainly fit that role. Houston is rumored to be discussing a trade for McCann with the Yankees, but if nothing materializes, they could quickly move to sign Beltran.

Beltran doesn’t appear to be in a rush to pick a team at the moment. There’s a chance he’s waiting to see if any of his suitors are willing to guarantee a second year, which could persuade him in one direction or another. The DH market also is yet to be set this offseason, as Encarnacion and Mark Trumbo have yet to sign. How much money those players get could determine Beltran’s value on the open market. Nevertheless, there continues to be plenty of interest in Beltran, who figures to sign a lucrative, albeit short-term, contract with somebody this offseason.