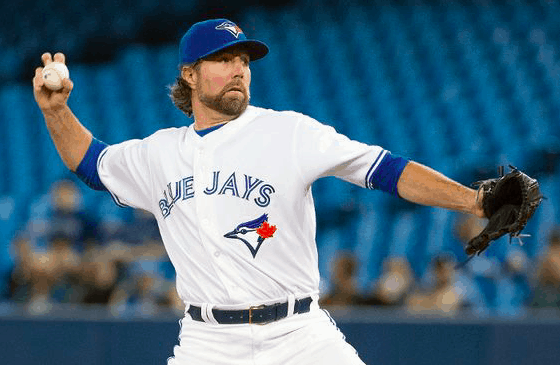 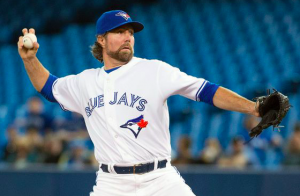 Heading into the offseason, we knew that the Atlanta Braves wanted to make improvements to their starting rotation without having to give high-profile free agents long-term contracts. On Thursday, the Braves accomplished just that by signing free agent knuckleballer R.A. Dickey. The Braves and the 42-year old Dickey agreed to a one-year deal with an option for 2018. Financial terms have not been disclosed, and the deal is pending a physical.

In many ways, Dickey signing with the Braves has seemed inevitable since the offseason began. At his age, he obviously wouldn’t be seeking a long-term deal, and after winning 10 games and posting a 4.46 ERA in 2016 while pitching in one of the most competitive divisions in baseball, it’s clear that Dickey can still get major league hitters out. Dickey is also a native of Nashville and played collegiately at the University of Tennessee, and so pitching in Atlanta just a few hours from home makes a great deal of sense for someone who is obviously nearing the end of his career.

Of course, Dickey has had quite a rollercoaster of a career. After being drafted by the Texas Rangers, he had his signing bonus drastically reduced when doctors discovered he didn’t have an ulnar collateral ligament in his elbow. He struggled for a few years before deciding to make the transition to become a knuckleballer, a move that has paid big dividends.

Dickey resurrected his career in 2010 with the New York Mets. Two years later, Dickey won 20 games and took home the Cy Young award. The following winter the Mets traded him to the Toronto Blue Jays in a deal that landed them ace Noah Syndergaard and catcher Travis d’Arnaud. Dickey has spent the last four years with the Blue Jays, winning 49 games over that span. He now moves to Atlanta, where he will likely become reacquainted with the Mets in the NL East.

After using 16 different starting pitchers in 2016, Dickey will bring the Braves some stability in their rotation, as the knuckleballer has started at least 29 games in each of the last six seasons. He also brings remarkable consistency from one start to the next for a knuckleballer. Dickey also has the potential to pitch a gem on any given day because of his ability to control his pitches better than most knuckleballers.

Dickey will likely pitch towards the top of Atlanta’s rotation behind undisputed ace Julio Teheran. The Braves are also hopeful that young pitchers like Matt Wisler, Aaron Blair, and Mike Foltynewicz can establish themselves as viable rotation pieces, while also hoping that top pitching prospect Sean Newcomb can prove himself ready for the big leagues at some point in 2017. The Braves may also be looking to add one more starting pitcher via free agency or trade to further solidify their rotation in 2017.

It remains to be seen if the Braves will also sign Josh Thole, who has been Dickey’s personal catcher since his days with the Mets. Thole hit just .169 with the Blue Jays last year, but has proven himself to be great at catching Dickey’s knuckleball, a pitch that can be problematic for other catchers to handle. Tyler Flowers and Anthony Recker are projected to be Atlanta’s two catchers in 2017, and at least one of them may have to learn how to catch the knuckleball of the team’s newest pitcher, R.A. Dickey.