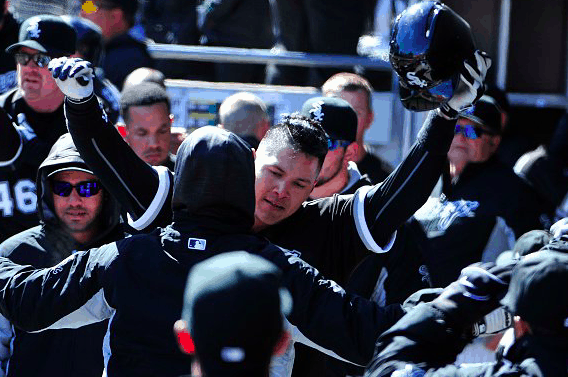 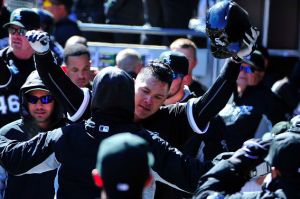 Most people would consider the Chicago White Sox one of the biggest winners of the offseason, as they received huge packages of young talent in trades involving ace Chris Sale and center fielder Adam Eaton. Those trades may set them up well for the future, but what does it mean for the team the White Sox will field in 2017?

On paper, the White Sox appear to have a solid five-man rotation that includes Jose Quintana, Miguel Gonzalez, Derek Holland, James Shields, and Carlos Rodon. However, there are question marks about several of those pitchers. For instance, how long will Quintana stay in Chicago amidst endless trade rumors? On the injury front, Holland has had difficulty staying healthy in recent years, while Rodon is battling a biceps issue that could put him on the DL at the start of the season. Finally, Shields is coming off the worst season of his career and his contract makes him virtually untradeable unless he has a drastic turnaround.

The good news for the White Sox is their summer fire sale has given them several young, talented arms they can bring up if their starting five starts to falter. Lucas Giolito, Reynaldo Lopez, and Carson Fulmer all pitched in the majors last season, and while the White Sox would prefer not to rush them back to the big leagues, all three should be ready to contribute at some point this year. More importantly, all three have fairly high ceilings, meaning they could potentially be part of Chicago’s rotation for a long time to come.

The bullpen was one of Chicago’s biggest strengths last season, and there’s a good chance that becomes the case again this year. The club wouldn’t mind trading David Robertson at some point if they get a good offer, but for now, he gives the White Sox an experienced closer. The Duo of Nate Jones and Dan Jennings also gives the White Sox a pair of quality setup men and potential replacements in the closer’s role in case Robertson is traded.

The bullpen depth beyond that trio is a little questionable. However, the White Sox received strong performances last season from the likes of Zach Putnam and Michael Ynoa, so there’s a chance Chicago’s bullpen will be a little deeper than expected and won’t simply rely on Robertson, Jones, and Jennings for all the heavy lifting.

Offensively, the White Sox have some serious questions, even as it pertains to some of the team’s best hitters. Melky Cabrera is coming off an impressive season, but he’s struggled with year-to-year consistency throughout his career. Todd Frazier is also coming off a career-low average of .225 last season, although the tradeoff was that he hit a career-high 40 home runs. Of course, Frazier is another player who could be traded later in the season.

Outside of Cabrera, Frazier, and Jose Abreu, the White Sox are going with mostly unproven players around the diamond. That being said, the club is high on shortstop Tim Anderson, who just received a long-term deal. However, the White Sox are still waiting for Avisail Garcia to break out as a consistent run producer in right field. They are also piecing things together at second base until top prospect Yoan Moncada is ready later in the year.

Even if the trio of Abreu, Cabrera, and Frazier all have good seasons and Anderson continues to emerge as a reliable offensive option, the White Sox still lack lineup depth. Outside of Moncada, the team lacks position player prospects who are anywhere close to making an impact in the majors, so unlike the rotation, there’s little help on the way.

The White Sox won 78 games last year and were able to remain competitive for at least the early part of the season. However, after trading Sale and Eaton, with more trades possibly on the horizon, this is a year in which Chicago will take a huge step backward in its rebuilding efforts.

Expect the White Sox to finish 62-100 in 2017. If Quintana, Robertson, Frazier, and others end up being traded, this is definitely a team that could lose 100 games. The rotation has plenty of talent, even if Quintana is traded, and the bullpen should hold its own, but it’s hard to imagine the White Sox scoring enough runs this season to put together a respectable win total.