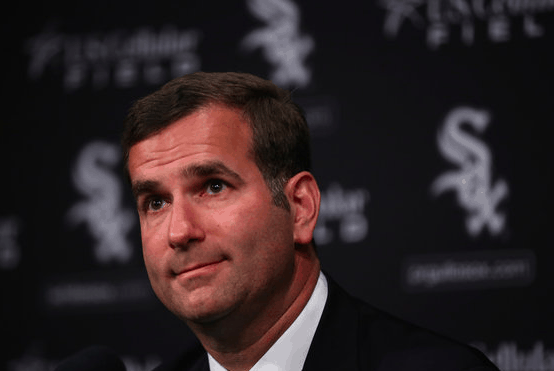 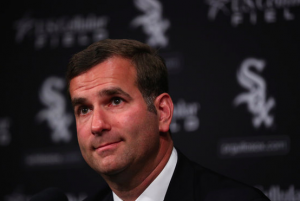 As the baseball offseason gets underway, we know that the Detroit Tigers will be “open-minded” with trades this offseason. In fact, they’ve already started by trading Cameron Maybin to the Angels. However, there may be a second team in the AL Central that is open to making radical movies, perhaps on an even larger scale, the Chicago White Sox. Tuesday at the GM meetings, Chicago’s GM Rick Hahn hinted that the team could engage in a fire sale this winter.

“We’ve always been focused on putting ourselves in the best position to win,” Hahn said Tuesday. “At the same time, I think we’re veering away from the standpoint of looking for stopgaps. A lot of what we did in the last few years had been trying to enhance the short-term potential of the club to put ourselves in a position to win immediately. I feel the approach at this point is focusing on longer-term benefits. It doesn’t mean we won’t necessarily be in a good position in 2017. It means that our targets and whatever we’re hoping to accomplish have a little more longer-term fits in nature.”

Obviously, Hahn can’t say outright that he wants to unload many of his best players this offseason, but by saying that he’s focused on the long term, it makes it sound like he’s willing to make some bold moves. The White Sox were a non-factor late in the 2016 season, and with a rather modest farm system, they are not set up to do much better in 2017.

Hahn adds that the White Sox may not be able to address many of their needs via free agency this winter, which also points to Chicago making bold trades, even if those trades aren’t purely for long-term gain. “It’s very clear we have certain needs on this roster,” Hahn explains. “None of those things are in great supply out in the free agent market right now. So in order to add to this group and put ourselves in position to win we’d have to get a little more creative and do it via trade in all probability.”

Of course, Hahn adds that the market will ultimately decide what direction the White Sox go this offseason, and this early in the offseason, the market has yet to play out. “Should we go to the position of selling off assets and looking more toward the long-term future, the market will dictate how deep of a cut that is based upon the return for some of our players potentially,” he said Tuesday. “But the market plays a huge role and part of that is being patient and making sure you have a firm understanding of the value of first, what’s available elsewhere, as well as how your players are viewed by the industry.”

If the White Sox do go into rebuilding mode this winter, starting pitchers like Chris Sale, Jose Quintana, and James Shields could all be desirable commodities, particularly Sale, who could be incredibly value in such a weak free agent class for starting pitchers. Position players like Jose Abreu and Todd Frazier could also be potential trade chips if the White Sox end up making trades aimed at the long term.

Hahn has been careful not to explicitly say what Chicago’s plans for the offseason will be, but that the team’s intentions will become obvious when the White Sox starting making moves. If the White Sox do indeed begin a full-scale rebuilding project, they will have some of the most intriguing players available on the trade market, and so the league is waiting to see what exactly Hahn and the White Sox will do this winter.