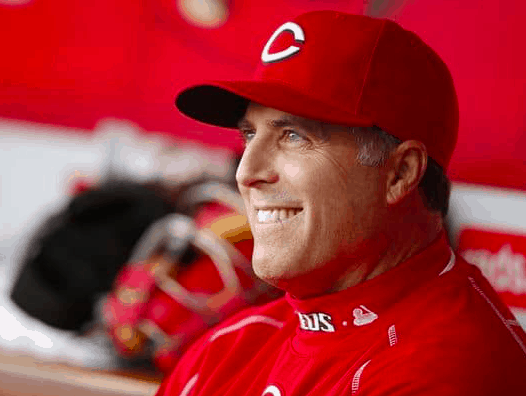 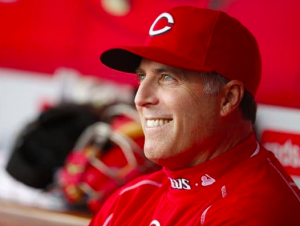 When spring training gets underway next month, all 30 MLB teams will be on equal footing, and all will have a chance to earn a spot in the postseason. That being said, few people are giving the Cincinnati Reds much of a chance to keep up in the NL Central, a division that includes the reigning World Series champion Cubs and two other teams in the Pirates and Cardinals who have their sites set on dethroning the Cubs. But as it turns out, no one is telling the Reds that they have no chance.

During a four-day tour to get fans excited about the upcoming season, Reds GM Dick Williams, manager Bryan Price, and several players all spoke about the high expectations within the organization heading into the season. There’s no denying that the Reds are a young team that’s still in the process of rebuilding, but that’s not going to be used as an excuse if the team struggles this season.

“We want to compete,” Williams said. “This is the time for some of these young guys we’ve been talking about, they have their opportunity to grab a spot on this team. I’d like to see this happen. Once we get into the regular season, we want to see these guys go out there and compete.”

The Reds still have a few established players on the roster, including Joey Votto, Brandon Phillips, and Zack Cozart. However, Cincinnati needs several of its younger players to show improvement and continue to establish themselves as big league regulars. Outfielders Adam Duvali and Scott Schebler, third baseman Eugenio Suarez, and catcher Tucker Barnhart all showed signs of promise last season, but they all need to take a step forward this year if the Reds hope to avoid losing more than 90 games for a third straight season.

“We don’t want to be a team that is a second-tier, second-division, out-of-the-race-in-June-or-July type of ball club,” Price said. “We want to be a team that’s perennially in the discussion and in the standings where we get to compete for the postseason and be able to have something to play for in August and September. That has a lot to do with the maturation of our young players. You have to accept that responsibility and make it your own. I think we’re on our way to doing that.”

Of course, the Reds also need their young pitchers to continue to develop. Cincinnati has signed Scott Feldman to add a veteran to the rotation and Drew Storen to help solidify the bullpen. But the rest of the team’s pitching staff is quite young, as the Reds will be relying on a slew of unproven pitchers to take on important roles in 2017.

Nevertheless, the Reds have confidence in their young players and believe they have enough veterans mixed in surpass outside expectations. The recently signed Storen, one of those veterans, sees the potential in his new team.

“The big thing I took away from it is just the idea that everybody thinks this is a rebuild, but we all strongly believe that we have some pieces here to surprise some people,” Storen said on Sunday. “It was exciting to hear. It’s absolutely true. If you think about it, we have a good group of young guys and some veteran guys. That’s when you can really have some exciting teams.”

Coming off a 94-loss season and a last place finish in 2016, the Reds have a long way to go to become a competitive team. But they do have an intriguing collection of young players, both on the mound and in the field. The Reds also appear to have one important ingredient when it comes to turning things around, and that’s confidence. But whether that confidence will translate to the Reds becoming more competitive in 2017 remains to be seen.