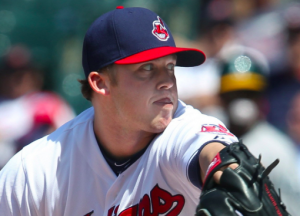 Cleveland Indians manager Terry Francona resisted the urge to rearrange his bullpen last summer when the team acquired Andrew Miller, despite the lefty being one of the game’s top relievers. After Cleveland’s bullpen became a catalyst for the Indians reaching the World Series last year, Francona still isn’t ready to change what worked so well at the end of last season. Francona announced Saturday that Cody Allen will remain the team’s closer in 2017, with Miller remaining a versatile and dominant asset in the Cleveland bullpen.

“Cody is our closer,” Francona said following the team’s first full workout of spring. “For the most part, having him knowing he’s there at the end is good. It’s good for everybody else. It allows some flexibility for looking at matchups and things. When there’s an end in sight for the guys, it’s good for everybody.”

In the past, Francona has been hesitant to refer to Allen as a closer. Also, he’s not always used Allen as the prototypical closer, as Francona has not hesitated to bring Allen into the game prior to the 9th inning if the situation called for it. However, now that Miller is with the Indians at the start of the season, Francona feels the need to clear things up so that each of his relievers can have a clearly defined role.

Perhaps more importantly, with Miller around, Francona may now be able to use Allen as a traditional closer, bringing him in to shut the door in the 9th inning. Meanwhile, Miller can do all the heavy lifting prior to the 9th inning, as was the case throughout much of the postseason.

Obviously, there will be instances in which Miller will be used as the closer instead of Allen. But for the most part, Francona appears comfortable with Allen closing and Miller handling any important situation that comes up prior to the 9th inning

“There could be times where we’d flip-flop it. It could be usage,” Francona explained. “I don’t know the exact (reason). I guess the one instance I can think of is if Cody hadn’t been used for three or four days and we really wanted to pitch him. Well, then you don’t wait for the 9th, because you might not have a lead. There (are) instances like that. But, I do like the idea of Cody finishing and Andrew pitching (against) the meat of the order.”

In addition to having Miller for a full season, Francona may have a deeper bullpen at his disposal in 2017. The Indians signed lefty Boone Logan earlier this month, giving Cleveland a lefty specialist so that Miller won’t be looked at to fill that role. Also, if Cleveland’s rotation is able to return to full health, Mike Clevinger may be free to join the bullpen on a full-time basis. Clevinger was far more effective as a reliever last season and could turn into a competent setup man, giving the Indians far more depth.

Regardless of who is closing on any particular day, the Indians are poised to have a strong and deep bullpen this year. After how good Cleveland’s bullpen was during the postseason with Allen as the closer and Miller the top setup man, there’s no reason for Francona to change things in 2017.