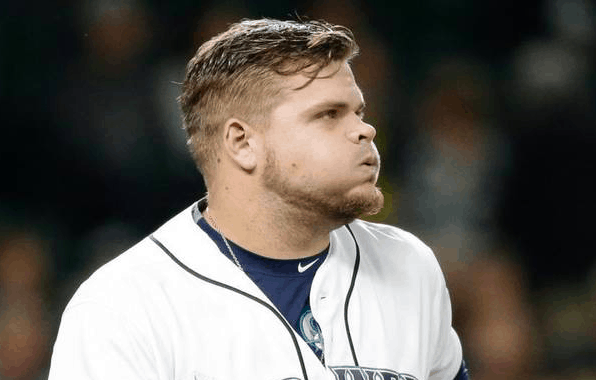 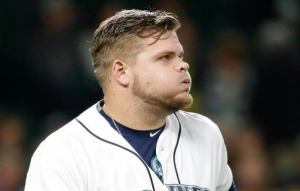 The Seattle Mariners have optioned first base prospect Dan Vogelbach to triple-A, a change in the team’s plans heading into spring. The team acquired Danny Valencia over the winter with the intention of having him platoon at first base with Vogelbach at first base. However, Vogelbach’s performance this spring hasn’t been up to par, leading the Mariners to send him back to triple-A, making Valencia Seattle’s primary first baseman at the start of the season.

Vogelbach possesses massive amounts of raw power, which is why the Mariners are excited about his future with the team after acquiring him in a trade with the Chicago Cubs last summer. After hitting .292 with 23 home runs and 25 doubles, the Mariners believed he would be ready for the majors this season. Vogelbach also worked hard to improve his defense over the winter, giving him a lot of confidence at the start of spring. However, Vogelbach has hit just .228 with one home run this spring, particularly struggling as of late.

“It’s been a rough 10-day stretch for him and we just felt at this point, with where he is both offensively and defensively, the best thing for him was to go back and start the season at (triple-A) Tacoma,” explains Seattle GM Jerry Dipoto. “That doesn’t mean he’s going to finish the season in Tacoma. But we felt some of the adjustments and work we’ve asked him to do both defensively and in the batter’s box are a lot to expect. He put in a lot of work, but as we get closer to Opening Day it became apparent we weren’t seeing a product that is finished enough to feel great about starting the season.”

The move is certainly a surprise, as a platoon between Vogelbach and Valencia seemed like the best way to bring the former along slowly in case he wasn’t ready for a full-time job in the majors. However, Dipoto is comfortable with the decision, knowing he has employed a similar strategy with some of the team’s other young players.

“This is very similar to what we did last year with Mike Zunino and James Paxton. We will take the appropriate time and care to make sure that when he comes to the big leagues, he’s polished enough in the areas that are important,” said Dipoto. “I still feel Vogey will have a big impact on our season, but sending him to Tacoma to start the season we feel is the best thing for him and the team.”

Oddly enough, Valencia has had an even worse spring than Vogelbach, hitting just .220. He also has just 22 career starts at first base during his big league career. Nevertheless, the Mariners will go with Valencia as their primary first baseman at the start of the season, with utility man Taylor Motter serving as the backup, although he has even less experience playing first base. Regardless, Dipoto is comfortable with that situation, noting that the team traded for Valencia this winter for a reason.

“You can see Danny is a veteran player who came in and started slow and is now trending or cresting in the right direction at the right time,” said Dipoto. “Over the last three seasons, he’s really hit, both righties and lefties. We talked about that as one of his main attractions. The versatility. He’s pounded the lefties and over the last couple years he’s hit the righties as well.”

Dipoto and the Mariners admit that sending Vogelbach is not the decision they wanted to make, but that it’s the right decision for both player and team. The Mariners have plans to compete for a postseason spot this season, and so the club has to make decisions based on winning in the short term. The Mariners are confident that Vogelbach will be able to help them at some point in 2017, but how soon that will be remains to be seen.