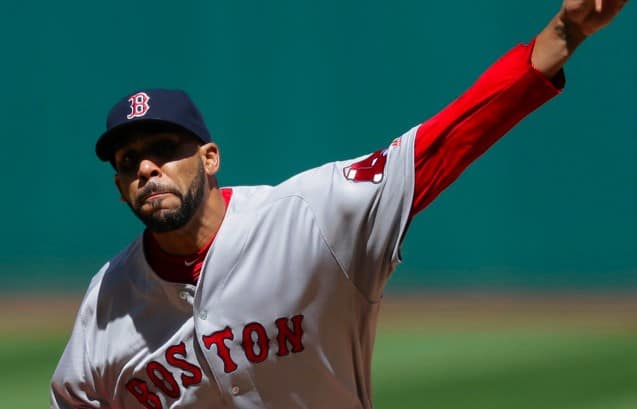 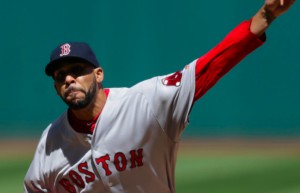 It’s barely March and yet injuries are already hampering the Boston Red Sox. For starters, there is concern about Hanley Ramirez, who is nursing a shoulder problem that is preventing him from playing first base and has now taken him out of the World Baseball Classic. Now there is a problem with starting pitcher David Price, who has been scratched from his first spring training start because of soreness in his forearm. Price underwent an MRI on his elbow Wednesday and is now seeking a second opinion, creating deep worry within the Red Sox organization.

Price first felt soreness while pitching in a simulated game on Tuesday. He was removed from the game and immediately scratched from Sunday’s scheduled start, which would have been his first of the Grapefruit League season.

“He came out of a sim game the other day with increased soreness, so we’re holding him out,” explains Red Sox manager John Farrell said. “He’s gone through some soreness in the forearm/elbow area in previous spring trainings, but this one has a little more intensity to it.”

Price said that his elbow felt better on Thursday, one day after the MRI. Nevertheless, Price will be sent for a second opinion with Dr. James Andrews, who is one of the world’s leading experts in Tommy John surgery. Price needing Tommy John surgery is Boston’s greatest fear at the moment.

Aside from worried, the Red Sox can’t help but feel surprised at Price being forced to the sidelines with elbow trouble. Despite some ups and downs in his first year in Boston last season, Price has been sharp this spring, showing no signs of trouble.

“His bullpens all spring training have been powerful and crisp,” said Farrell. “His delivery has been clean. Much was talked about last year about stride direction, hand separation. Those have been cleaned up. His stride is on line. He delivered the ball the other day with three defined pitches. No restrictions of any kind. Went through his normal post-exercise routine in the training room, as all our pitchers do, and didn’t feel anything. He came in the next day and felt the soreness.”

Unfortunately for Price and the Red Sox, Dr. Andrew is busy this week at the NFL Combine in Indianapolis. It’s unclear when he’ll be able to examine Price and determine how serious his injury is and whether or not he’ll require surgery.

If Price ends up missing time, the Red Sox do have rotation depth to help make up for his absence. Right now, Drew Pomeranz, Steven Wright, and Eduardo Rodriguez are competing for the final two spots in Boston’s rotation, and so the Red Sox can easily put all three in the rotation if Price is unavailable. However, all three were dealing with injury question marks at the start of spring, so Boston’s rotation questions may not end with Price.

In the meantime, all the Red Sox can do is wait and hope that Price’s elbow trouble is not as serious as it appears to be on the surface. Anytime a pitcher has to see Dr. Andrews, it’s usually a bad sign. For now, Red Sox Nation holds its collective breath.