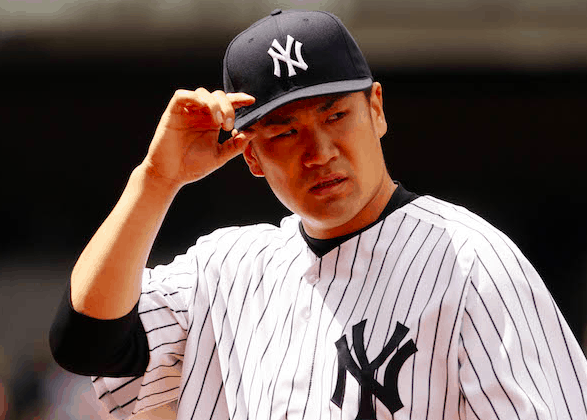 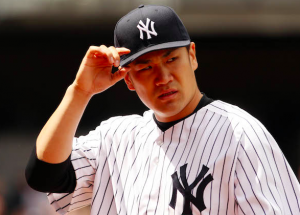 It may only be spring training, but a no-hitter is a no-hitter. On Friday, three different pitchers helped the New York Yankees pitch a no-hitter against the Detroit Tigers. Starting the game for the Yankees was ace Masahiro Tanaka, who continues to have an exceptional spring and appears poised to have a big year at the top of New York’s rotation.

“I’m happy for our guys,” Yankees manager Joe Girardi said about the club’s first 9-inning spring no-hitter since 1983. “They pitched well, we played really good defense behind them, and it’s fun. Obviously it means more if it’s during the regular season, but still, it’s a no-hitter.”

Lefty Chasen Shreve and prospect Jordan Montgomery also contributed, but setting the stage for the no-no was Tanaka, who pitched the first 4.1 innings, walking two and striking out six. Despite being nearly perfect, Tanaka wasn’t completely satisfied with his performance.

“I felt that I wasn’t at my best, but considering that, I still was able to put up some zeros,” Tanaka said through an interpreter after the game. “That part, I was satisfied with.”

After Friday’s outing, Tanaka has now thrown 13.1 innings this spring without giving up a run. Over his four starts, Tanka has allowed just three hits, striking out 19. It’s easy to write off Tanaka’s dominance as taking place against weak competition during spring training, but last spring, Tanaka allowed nine runs over 11 innings of work, and so it’s safe to say he’s entering the season in much better form than he did a year ago.

“I feel like I’ve been pitching well this Spring Training. On top of that, the results have been there,” said Tanaka. “I think everything is going on the right track for me.”

Girardi agrees, especially now that Tanaka is further removed from the elbow surgery that derailed him during the early part of last season.

“His stuff has just been really, really good in Spring Training,” Girardi said. “Like we said, we thought he was further ahead this spring.”

Gary Sanchez, who caught Tanaka on Friday and figures to catch a majority of his games during the regular season, says the Japanese righty got better as the game went along. The young backstop also commented that Tanaka’s splitter is as good as it’s ever been and will be key to his success this season.

“I felt my splitter was good going down toward the end of last season,” Tanaka said. “We had that offseason in-between, but I think I was able to keep the good feeling of the splitter from then up to now.”

The importance of Tanaka to New York’s success this season can’t be understated. The Yankees did not have a strong rotation last year, and Tanaka is going to be a big part of turning the tide in 2017. If Tanaka can carry over his performance this spring into the regular season, he will give the true ace they desperately need.

It’ll take more than Tanaka to give the Bronx Bombers a top-notch rotation. Nevertheless, after helping the Yankees pitch a no-hitter on Friday, it’s becoming more and more likely that Tanaka will be the pitcher the Yankees need him to be in 2017.