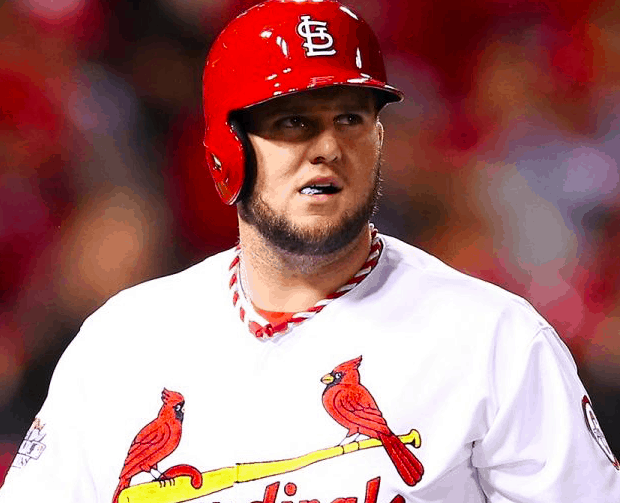 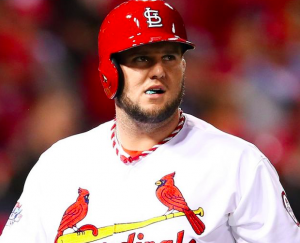 Spring training is a time for experimentation when it comes to position changes, but such experiments are usually done early in camp. However, with just over two weeks until opening day, St. Louis Cardinals first baseman Matt Adams is considering a position switch, as he will begin taking reps in the outfield in hopes that it will help him get his bat into the lineup.

Adams has never played anywhere but first base in his career, even during his time in the minors. However, he’s had trouble in recent years becoming anything more than a platoon player at first base. Now that St. Louis manager Mike Matheny plans to use Matt Carpenter as the team’s primary first baseman, at-bats could be limited for Adams, as both he and Carpenter are left-handed hitters, so he’ll need to find another way into the lineup.

Early in camp, Adams started taking fly balls without giving it much thought. But Matheny recently approached Adams with the idea of learning the position for real, and Adams was immediately on board.

Right now, all Adams is doing is shagging fly balls during batting practice, but Matheny says he’ll likely see some action in the outfield during games before the end of spring training. Adams is also receiving tutelage on playing the outfield from coaches, including Cardinals legend Willie McGee.

“I feel like I could feel comfortable out there,” Adams said about being in the outfield. “It’s just working on the reads, getting better at reading the ball off the bat and (batting practice is) a good spot to do that.”

Over the winter, Adams paid close attention to his conditioning and diet and ended up losing 30 pounds, with the hope that it would help with his agility at first base. Coincidentally, losing that weight may end up helping Adams make the transition to the outfield.

“I feel like the first step is way quicker than what it used to be — even at first base,” Adams said. “I think everybody says, I wish I could have did this a couple years earlier or what not when they lose the weight to get in better shape. I feel like it was something that I needed to do this season and I’m glad I did it so like this, more opportunities would come about instead of just sticking with one position.”

Matheny says he is interested in getting Adams into the lineup as much as possible after he contributed 16 home runs and posted a .780 OPS last season.

“We see other guys in the league who have that same kind of build,” Matheny said. “If you want their bat in the lineup, you’ve got to figure out ways to make it work. Just having those options is nice to have.”

Right now, Randal Grichuk and Stephen Piscotty, both right-handed hitters, are projected to be the primary corner outfielders for the Cardinals this season. St. Louis would like to improve its outfield defense this season, and it may be hard to do that with an inexperienced player like Adams out there. However, if Adams can prove to be a competent outfielder, he could get some at-bats in place of either Grichuk or Piscotty, at least against tough right-handed pitchers.

Of course, t remains to be seen whether Adams can make a successful transition to the outfield. However, the Cardinals don’t have a lot of outfield depth and the possibility of adding Adams’ power to the lineup without taking out someone an integral as Carpenter is no doubt an intriguing possibility for St. Louis. The Cardinals moving Adams to the outfield is definitely something worth watching late in spring training.