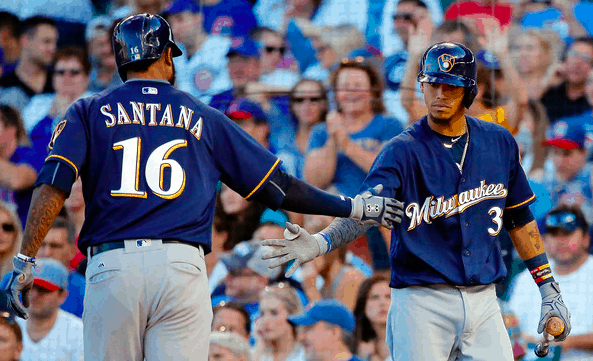 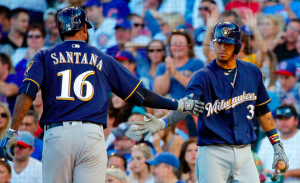 It’s been a rough couple years for the Milwaukee Brewers, and they have yet to see the light at the end of the tunnel during their rebuilding process. During that time, the Brew Crew has managed to collect some promising young talent, but are they ready to turn that talent into wins in 2017?

To the surprise of many, Milwaukee’s starting rotation was middle of the pack in the National League last season, and the Brewers should retain a similar rotation in 2017. Junior Guerra had a breakout season last year, posting a 2.81 ERA across 20 starts, and this season he’ll be expected to be the team’s ace. Zach Davies figures to be the no. 2 starter in Milwaukee’s rotation. The 24-year old Davies could be a star in the making after going 11-7 with a 3.97 ERA in 28 starts last year.

Rounding out Milwaukee’s rotation will be Jimmy Nelson, Wily Peralta, and Matt Garza. None figure to be all-stars, but all are competent and reliable big league starters, which should help give the Brewers a solid five-man rotation. For a second straight year, the Brewers should have a rotation that’s middle of the pack, which is a good position to be in for a rebuilding team.

Again, to the surprise of many, the Brewers had one of the better bullpens in the National League last year. However, the club traded Jeremy Jeffress last summer and then traded his replacement, Tyler Thornburg, earlier this winter. This could make it difficult for the Brewers to replicate last year’s success in the bullpen.

To help replace Jeffress and Thornburg, the Brewers signed Neftali Feliz to be their closer. Despite past experience as a closer, Feliz has been down the past couple of seasons, so he may not be an ideal replacement for Jeffress and Thornburg. Even with Feliz in the closer’s role, the Brewers will still need pitchers like Jacob Barnes and Jhan Marinez to take on more prominent roles in the bullpen alongside veteran Carlos Torres, who is coming off an impressive season in a setup role in 2016.

Offensively, the Brewers struggled last season, and it could be even more difficult this season after the club declined to retain Chris Carter, who belted 41 home runs in 2016. Milwaukee also traded Jonathan Lucroy last summer, leaving them with inexperience behind the plate and one less run producer in the middle of the order.

The Brewers will be hoping that Ryan Braun can put together another strong season after hitting 30 home runs last year for the first time since 2012. Jonathan Villar will also continue to be an important part of Milwaukee’s batting order after a breakout season in the leadoff spot last season.

The Brewers also hope the acquisition of Travis Shaw will pay off. Shaw has shown glimpses of potential with the Red Sox the past two seasons and he will finally get a chance to be an every-day player at third base with the Brewers. First baseman Eric Thames will also be an interesting player to watch, as he returns to the majors after three seasons in Korea.

Of course, how good the Brewers are on offense could come down to how much production they get from some of their younger players, including outfielders Keon Broxton and Domingo Santana, as well as shortstop Orlando Arcia. Broxton has been outstanding this spring, while Santana has tons of power potential and may finally get a chance to play every day in the majors. Arcia, meanwhile, is believed to be the shortstop of the future, although he struggled to get going in his big league debut last season.

The Brewers don’t have the look of a playoff team in 2017, but they may still be an interesting team to watch. Players like Arcia, Shaw, and Broxton indicate a few more of the team’s pieces for the future are being put into place. However, much of the organization’s best young talent is still a year or two away from the majors.

The Brewers will finish 70-92 this season, a drop in wins from last season. The team’s young players are bound to have ups and downs this season, even if there are plenty of promising moments along the way. This is a team that may be another year or two away from taking a big step forward.