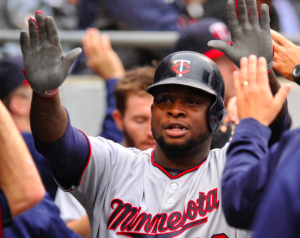 The free agent market has moved so slowly this winter that less than a month before spring training gets underway, there is still a large collection of free agents who remain unsigned. Those players are undoubtedly getting anxious and will become more willing to accept offers below what they were expecting at the start of the offseason to ensure they have a job when the season begins. This could allow small-market and budget-conscious teams to step in late and sign free agents they never thought they could. The Minnesota Twins are one such team team that appears poised to jump into the free agent market late and come away with some bargains.

Aside from fielding offers for second baseman Brian Dozier and signing catcher Jason Castro at the end of November, the Twins haven’t done much this offseason. However, that wasn’t unexpected for a small-market club like the Twins, and it doesn’t mean Minnesota won’t find a way to take advantage of a slow-moving free agent market late in the offseason.

“Given the landscape of players that remain out there, I would expect more activity later this month as we get closer to spring training,” explained Minnesota’s new chief baseball officer Derek Falvey earlier this week. “We’re in the same boat. We’re looking for opportunities late this offseason, and we have the flexibility to do that.”

Falvey says that he hasn’t been instructed by ownership to make a headline-grabbing move, even though the Twins finished 2016 with the fewest wins in baseball. Instead, he’s been instructed to make Minnesota more competitive in the long run. However, Falvey thinks he may be able to do a little of both, saying, “The reality is, we’re standing here today with players still available in free agency that I don’t think any of us would have predicted in October.”

One prominent player who the Twins have kept tabs on and could be in play late in the offseason is outfielder Jose Bautista. Minnesota’s level of interest in Bautista is unclear, but the Twins have been in contact with him. At this point, desperation may be starting to set in for Bautista, who looks increasingly likely to settle for a one-year deal.

Since Bautista declined a qualifying offer earlier this winter, a team like the Twins whose first round pick is protected could become a likely landing spot for Bautista, especially if his price continues to drop. Signing Bautista, even on a one-year deal, would certainly be a headline-grabbing move by the Twins and something that isn’t out of the realm of possibility.

Of course, Minnesota’s focus late in the offseason will be pitching, as the Twins had one of the worst pitching staffs in baseball last year. The Twins have some young, promising arms, but being more competitive in 2017 could require adding a few proven big league pitchers. The market for starting pitchers is notoriously weak this winter, but that could play into Minnesota’s favor. If teams choose to ignore the free agent market for starters, the Twins may be able to find some good deals on pitchers who would be upgrades over what they had on the mound last year.

For most teams (and players for that matter), the snail’s pace of the free agent market this winter has been frustrating. But in the case of the Twins, they were expecting to wait to make moves, and now with the offseason slowly coming to an end, the lack of activity has actually played in their favor. As a result, the Twins may end up being one of the more active teams over the next month, and they may even be able to pull off a surprise or two.