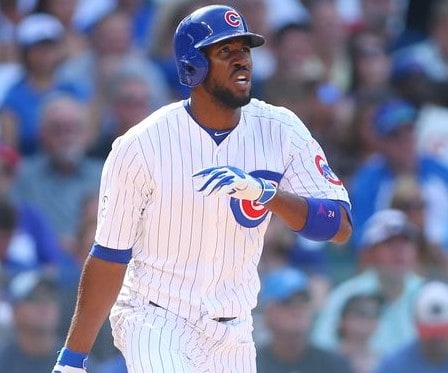 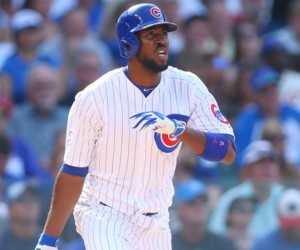 The longer the offseason goes on, the less likely it appears that the Toronto Blue Jays will end up re-signing Edwin Encarnacion or Jose Bautista, two of their more important offensive players in recent years. The Blue Jays have partially filled the void left by Encarnacion and Bautista by signing DH Kendrys Morales. However, a sizable hole remains in Toronto’s outfield, and recent reports suggest the Blue Jays have shifted their focus to free agent center fielder Dexter Fowler and New York Mets right fielder Jay Bruce, who figures to be available via trade.

After the Chicago Cubs signed Jon Jay, Fowler is unlikely to return to Chicago, opening the door for Fowler to sign anywhere. Jon Heyman is reporting that the Blue Jays are showing “strong interest” in Fowler, who would be a much different type of player than Bautista and Encarnacion, but who could help fill the void in their outfield.

Fowler, who is coming off the best season of his career, would certainly be an upgrade over Toronto’s current center fielder Kevin Pillar, at least offensively, although Fowler could always shift to a corner spot. Perhaps more importantly, Fowler would be an ideal leadoff hitter in Toronto’s lineup, helping to set the table for the likes of Morales, Josh Donaldson, and Troy Tulowitzki. The Blue Jays have lacked an ideal leadoff hitter in recent years, so while Fowler wouldn’t replace the power of Bautista and Encarnacion, he would give the Blue Jays a different look offensively that may ultimately be an improvement in the long run.

Meanwhile, Bruce is very much available via trade after the Mets re-signed Yoenis Cespedes. Bruce has one year left on his contract at $13 million, making him a short-term solution and a potential bargain if he can repeat his production from 2016. Despite struggling during his time with the Mets in August and September, Bruce was one of the most productive hitters in baseball last season, compiling 33 home runs and 99 RBIs. After down years, relatively speaking, in 2014 and 2015, Bruce bounced back nicely in 2016, proving he can still be an impact offensive player.

The Blue Jays have long had an interest in Bruce, and so it’s not a surprise to hear that have expressed their interest to the Mets. Toronto was on the verge of acquiring Bruce in a three-way trade last winter, but the trade fell through at the last minute. The Blue Jays also made a push to trade for him over the summer, but Bruce ended up being trade to the Mets instead.

With the Mets somewhat eager to trade Bruce, there’s a good chance the Blue Jays will be able to acquire him at a fair price. Bruce could fit in right field and give the Blue Jays a left-handed power bat to help replace Bautista and balance out a right-handed heavy lineup with Morales, Donaldson, and Tulowitzki. Meanwhile, Pillar, Melvin Upton Jr., and Ezekiel Carrera could fill out the rest of the outfield.

Whether the Blue Jays would like to add both Fowler and Bruce, or whether they prefer one over the other remains to be seen. However, the team seems to have zeroed in on its top targets, making it less likely that the Blue Jays will have a reunion with either Encarnacion or Bautista. Of course, there’s no guarantee the Blue Jays will end up getting either Fowler or Bruce, but they seem intent on taking their best shot at landing at least one of them.