Posted on December 22, 2016 by Bryan Zarpentine 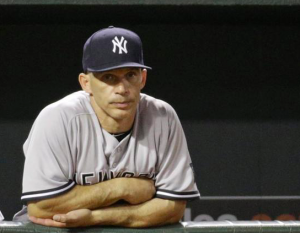 The New York Yankees have showed this offseason that despite speculation to the contrary, they aren’t afraid to spend money. The Bronx Bombers bolstered their lineup by signing veteran slugger Matt Holliday and then gave closer Aroldis Chapman a record deal to return to New York. However, one area where the Yankees haven’t made any changes this offseason is their starting rotation. Despite whispers of a potential move, the Yankees aren’t expected to make any additions or subtractions to their rotation, and that stagnation is creating questions for them heading into 2017.

The Yankees used nine different starting pitchers in 2016, seven of whom are still with the team after Nathan Eovladi was released following his second Tommy John surgery and Ivan Nova was traded to the Pirates in August. Those seven pitchers are the only ones who figure to factor into New York’s rotation heading into 2017. However, that consistency may not be the most comforting thing for the Yankees.

Of those seven, the Yankees only have two starters they can rely on, and even those two are far from a sure thing. Masahiro Tanaka is a clear ace, but the Yanks still have to be weary of the arm issues he battled in 2015 resurfacing. Then there’s C.C. Sabathia, who was most impressive in 2016, but at 36 years old, it’s questionable whether he can consistently give the Yankees quality starts over the course of the season.

Then come the real enigmas of New York’s rotation, Michael Pineda and Luis Severino. After making 13 mesmerizing starts for the Yankees in 2014, posting a 1.89 ERA over that span, Pineda has done nothing but confuse and frustrate the Yankees ever since. He was one of the top strikeout pitchers in baseball last season, yet managed just a 6-12 record with a career-high 4.82 ERA. “Sometimes you scratch your head,” manager Joe Girardi said of Pineda late in the 2016 season.

The Yankees have reportedly spoken to other teams that have an interest in trading for Pineda while his value is low, hoping that he’ll turn things around in 2017, his final year before free agency. However, the Yankees are expected to hold onto him, hoping he can recapture the form he had in 2014 and become a stabilizing force in their rotation.

Then there’s Severino, who looked so tantalizingly brilliant in 11 starts late in 2015, only to fall flat on his face in 2016. Instead of emerging as a frontline starter, Severino was a disaster in his first seven starts of 2016, prompting a demotion to the minors. A pair of starts in August didn’t go much better. It wasn’t until he was moved to the bullpen in September that he finally started getting major league hitters out.

However, the Yankees are counting on Severino to move back into the rotation and be one of their best starters in 2017. “If you evaluate his entire pro career, last year is the abnormality,” Yankees GM Brian Cashman said about Severino.”If you turn the clock back and don’t include those last six months, then he was one of the high-end projected starters in the game.” Still, Severino has to prove he can be that kind of pitcher, and if he doesn’t, the Yankees are prepared to send him back to the minors, which would be a huge setback for both him and the Yankees.

The Yankees also have the trio of Bryan Mitchell, Luis Cessa, and Chad Green to help fill out the final spot in their rotation. The hope is that one will emerge as the fifth starter while the other two find roles in the bullpen. The hope is also that the Yankees will only need one of them in their rotation. But with the questions surrounding both Pineda and Severino, there’s no guarantee that will be the case.

So while the Yankees bring back the same cast of characters to their rotation that closed out the 2016 season, questions linger about who they can rely on and who may disappoint them in 2017. Unless the Yankees change course by adding or subtracting pitchers to or from their rotation, those questions won’t be answered until the season begins in April.