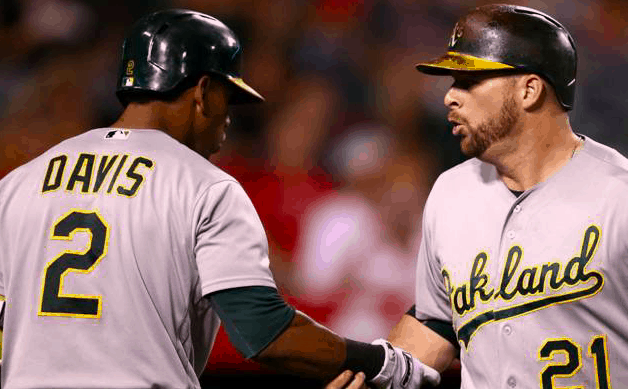 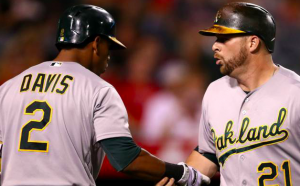 The Oakland Athletics have endured back to back last place finishes in the AL West, and based on how competitive that division looks this season, they may be staring down the barrel of a third straight season in the basement. Of course, we’ve seen the A’s surprise everyone before and make an unexpected playoff push. Can they do something similar in 2017 or will it be another last-place finish for a rebuilding Oakland team?

The A’s had one of the worst rotations in the American League last season, but there is some hope for improvement this season. Oakland ace Sonny Gray had a dreadful season in 2016, posting a 5.69 ERA. But despite being slowed by a lat injury this spring, the A’s are optimistic Gray will be able to bounce back and pitch like an ace in 2017. Oakland is also confident that Kendall Graveman and Sean Manaea are ready for prominent roles at the top of the rotation, giving the A’s a young, talented trio leading their rotation.

Oakland also has a few young and talented arms to round out the rotation. Jharel Cotton turned some heads early in spring with his impressive stuff. The same is true for Raul Alcantara, who struggled in five big league starts late last season but was dominant in triple-A prior to that. Andrew Triggs is also a pitcher to watch in the back end of Oakland’s rotation, as he finished last season with a handful of impressive starts for the A’s.

Prospects Frankie Montas and Daniel Gossett give the A’s a couple more young arms that could make an appearance the second half of the season. Oakland’s young starters offer little in terms of guarantees, but they certainly give the A’s reason for optimism in 2017.

The Oakland rotation will be defined this season by the performance of young pitchers, but in the bullpen, the A’s will rely on a contingent of veterans. Ryan Madson is expected to be the team’s closer after saving 30 games last season, but he figures to have plenty of veteran help in front of him.

John Axford and Sean Doolittle return as proven setup men, while the A’s also added Santiago Casilla this offseason to give their bullpen another veteran presence. Ryan Dull also appears to be in line for a prominent role in Oakland’s bullpen after pitching to a 2.42 ERA in 70 appearances last season. The A’s don’t project to have a dominant bullpen in 2017, but with so many veterans, they’ll get the job done more times than not.

The A’s have made several modest additions this offseason aimed at making small, incremental improvements offensively after scoring the fewest runs in the American League last year. Oakland traded Josh Reddick last summer, creating a void in its outfield the second half of the season. However, the additions of Rajai Davis and Matt Joyce this winter should give the A’s a solid outfield trio, as those two join Khris Davis, who led the team with 42 home runs and is poised for another big year in 2017.

On the infield, the A’s added a steady veteran presence at third base with Trevor Plouffe. The addition of Plouffe should allow the A’s to make Ryon Healy their full-time DH. Healy showed great potential the second half of last season, hitting .305 with 13 home runs in 20 doubles in just 72 games. Having him in the lineup every day for a full season should be quite helpful for the A’s offensively.

The A’s should also be able to expect steady production from Stephen Vogt and Marcus Semien at catcher and shortstop, respectively. However, what they get out of Yonder Alonso at first base, traditionally a power position, remains to be seen. Alonso has never hit more than seven home runs in a season and posted a paltry .683 OPS last season, making first base a serious weakness for the A’s this year.

The A’s won just 69 games last year, and while on paper they look better than that heading into 2017, they are also playing in a division that should be more competitive than it was a year ago. The A’s are also relying on a lot of young pitchers, which can be a high risk-high reward strategy.

Expect the A’s to finish 72-90 in 2017. A young rotation and a veteran bullpen will make for an interesting combination that has the potential to give Oakland a surprisingly effective pitching staff. However, Oakland’s lineup is far from potent, and even if the A’s score more runs than they did a year ago, the AL West is far too difficult for them to make much noise in 2017.