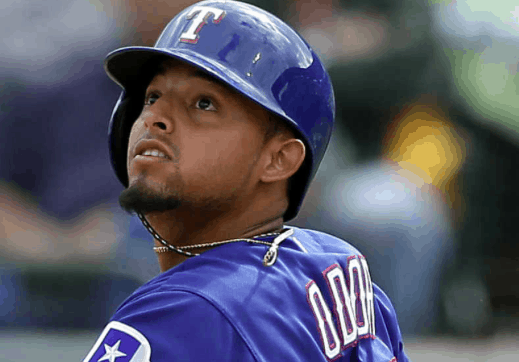 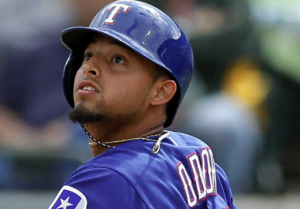 The trend of major league teams locking up their young stars with long-term deals continues. The Texas Rangers are the latest team to get in on the act, reportedly agreeing to a six-year deal with second baseman Rougned Odor. Multiple outlets are reporting that Odor and the Rangers have agreed to a six-year deal worth $49.5 million. The contract will take care of Odor’s arbitration years and then his first two years of free agency, keeping him with the Rangers through at least the 2022 season. The agreement also includes a club option for the 2023 season.

The extension is by no means a surprise, as the two sides have reportedly been in discussion about an extension for some time. Other than the signing of Mike Napoli, which happened late in the winter and at a price most would consider a bargain, the Rangers were reluctant to spend money in free agency this offseason. However, they have chosen to open up the checkbook for Odor, giving their young second baseman a contract that will average a little over $8 million per season.

Odor received a modest bonus when he signed with the Rangers out of Venezuela, but he shot through the minors quickly and made his major league debut in May 2014 at the tender age of 20. After showing glimpses of his potential as a rookie, Odor has emerged as one of the game’s bright, young stars over the past two seasons, making the decision to offer him a lucrative extension an easy one for the Rangers to make.

He hit .261 with 16 home runs and a .781 OPS in 2015, only to explode power-wise last season, hitting 33 home runs and 33 doubles while posting a .271 average and .798 OPS. Odor just turned 23 last month, and so his best days could still be ahead of him, which is what the Rangers are betting on with the long-term deal. From Odor’s perspective, even if the Rangers pick up the option for the 7th year of the contract, he’ll still hit free agency before his 30th birthday, giving him huge earning potential despite being set for life financially with this contract.

Of course, even those who weren’t familiar with Odor’s play on the field became acquainted with him last year during his infamous fight with Toronto Blue Jays outfielder Jose Bautista. Odor landed a punch on Bautista’s face after the outfielder slid hard into second base. The punch incited a benches-clearing brawl that only increased the tension between the two teams. Ultimately, Odor was suspended seven games for the incident and gained notoriety around the league because of it.

While the contract extension is undoubtedly a good one for Odor, the jury is still out with regard to the Rangers. Odor clearly has great upside and has already proven to be a productive player, but Texas is committing nearly $50 million to him, so there is some element of risk involved just in case Odor fails to live up to the contract.

Interestingly enough, the Rangers may not be done handing out extensions before the season. The club is reportedly in discussions with pitcher Yu Darvish and catcher Jonathan Lucroy about staying in Texas beyond this season when both are scheduled to become free agents. The Rangers have also had talks about an extension with outfielder Nomar Mazara, who only completed his rookie season in 2016. The extension being given to Odor may be a sign of things to come for the Rangers.