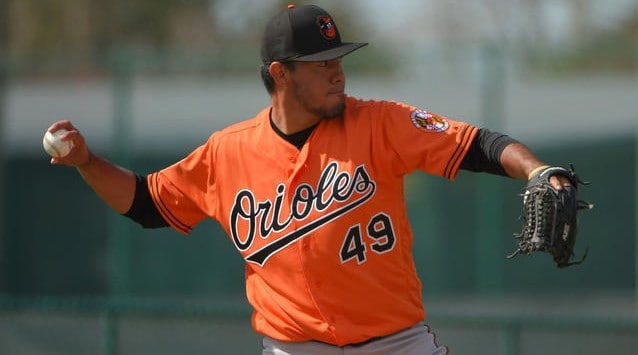 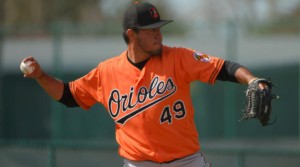 The Baltimore Orioles and Seattle Mariners completed a trade on Friday that should help both teams address an area of need. In a one-for-one swap, the Orioles have sent starting pitcher Yovani Gallardo to Seattle in exchange for outfielder Seth Smith. The Mariners have also received a reported $2 million as part of the deal, helping to cover a $4 million difference between the 2017 salaries of Gallardo and Smith.

The Mariners have reportedly been shopping Smith for much of the winter. At the same time, Seattle has been exploring a multitude of possibilities to acquire a starting pitcher after sending Tijuan Walker to the Diamondbacks earlier this offseason in the trade that gave them shortstop Jean Segura. Despite having a rough season in Baltimore in 2016, Gallardo helps to solidify the backend of Seattle’s starting rotation.

“Gallardo gives us the veteran presence that we have been searching for,” Mariners GM Jerry Dipoto said in a press release announcing the trade. “He has a track record of durability and success as a starting pitcher. After examining the free agent and trade market, Yovani is the best fit for our club as we move forward this offseason.”

Gallardo figures to slot into Seattle’s rotation behind the trio of Felix Hernandez, Hisashi Iwakuma, and James Paxton, leaving the Mariners with just one rotation spot unspoken for heading into spring training instead of two. Former Giants pitcher Chris Heston will compete for the final spot in Seattle’s rotation with Nate Kearns, Ariel Miranda, and Rob Whalen.

Meanwhile, the absence of Smith opens up a spot in Seattle’s outfield, with Leonys Martin and Ben Gamel likely to handle center field and left field, respectively. Mitch Haniger, a young player involved in the Walker-Segura trade who boasts intriguing power, could get an opportunity become the every day right fielder. Utility man Danny Valencia could also see time in right field. The trade of Smith could also make the Mariners more inclined to pursue a free agent like Jose Bautista or Mark Trumbo, both of whom remain unsigned.

As for Baltimore, Smith figures to solve a problem in right field the Orioles needed to address before spring training. Smith’s numbers don’t jump off the page, but he’s a steady and reliable corner outfielder, hitting .249 with a .758 OPS last year. However, Smith did little against left-handed pitchers last year and may end up being part of a platoon in right field. The addition of Smith also closes the door even further on Trumbo returning t the Orioles after talks broke off between the two sides before Christmas.

On the pitching front, the Orioles cut ties with Gallardo after one disastrous season in Baltimore in which he posted a career-high 5.42 ERA. Of course, the move does hurt Baltimore’s pitching depth and takes away the possibility of the soon-to-be 31-year old having a bounce back year. The Orioles will now look for Chris Tillman, Kevin Gausman, and Dylan Bundy to lead their rotation, with Wade Miley and Ubaldo Jimenez filling out the backend. Of course, one should keep in mind that Miley and Jimenez were even worse than Gallardo last season.

On the surface, this is a trade that solves problems for both teams, although the Mariners may be better served in the long run. Gallardo has a decent chance to rebound from a rough year in 2017, and the absence of Smith does give the Mariners some semblance of freedom to pursue a move for Trumbo. Meanwhile, Smith is a solid but unspectacular addition to Baltimore’s outfield, but not quite the game changer they need to make up for the loss of both Trumbo and Matt Wieters.