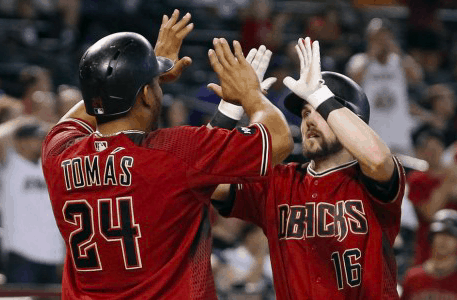 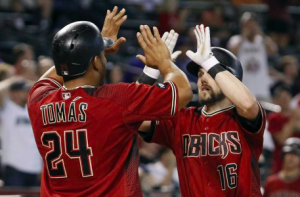 The Arizona Diamondbacks were arguably the biggest disappointment in baseball in 2016. After an offseason of bold moves aimed at becoming instant competitors, the Diamondbacks fell flat on their face, winning just 69 games and finishing 22 games back in the NL West. But with a new GM in Mike Hazen and a new manager in Torey Lovullo, there is renewed hope in Arizona. But will things be any different for the Diamondbacks in 2017?

Arizona’s starting rotation had the highest ERA in the National League last season, and that will have to change if the Diamondbacks are going to improve in 2017. It starts with ace Zack Greinke, who posted a disappointing 4.37 ERA last season, one year after recording a major league low 1.66 ERA with the Dodgers. If Greinke can’t return to his days of being a bonafide ace and live up to his massive contract, the Diamondbacks could be in serious trouble.

The Diamondbacks are also counting on getting bounceback years from Patrick Corbin and Shelby Miller. To be fair to Corbin, last year was his first full season since Tommy John surgery, and so there are reasons to think he can perform better in 2017. Miller, meanwhile, had a disastrous 2016 season after pitching to a 3.02 ERA in 2015 with the Braves. He’s obviously capable of being a top-of-the-rotation caliber starter, but he has a lot to prove this year. The Diamondbacks need both Corbin and Miller to have strong seasons, although both could end up in the bullpen, or even back in the minors if they continue to struggle the way they did last year.

If there’s a silver lining for Arizona’s rotation, it’s a nice collection of young, talented pitchers. Tijuan Walker offers great promise after being acquired from the Mariners over the offseason. The same is true for Archie Bradley and Braden Shipley, who have long been two of the team’s top prospects. The Diamondbacks also believe lefty Robbie Ray can be better than he showed last season. If a couple of these young pitchers can emerge as frontline starters, it could completely reshape Arizona’s rotation. Of course, there’s no guarantee of that happening, which is why the Diamondbacks are relying on Greinke, Miller, and Corbin bouncing back in 2017.

Arizona’s bullpen has a lot of question marks, especially after the team traded Brad Ziegler and Tyler Clippard last summer. Fernando Rodney has been brought in to give the Diamondbacks a veteran at the back end capable of being the team’s closer in 2017. However, the 39-year old had a rough second half in 2016, so how much he has left in the tank remains to be seen.

The rest of the bullpen isn’t much better, at least on paper. Jake Barrett showed the potential to be a competent setup man as a rookie last season, while Randall Delgado also provides a steady presence. However, the rest of Arizona’s bullpen may be pieced together with largely unproven players. It may help to have one or two of their starters transition to a bullpen role, but for the most part, there is great uncertainty in Arizona’s bullpen heading into the season.

Offense was Arizona’s biggest strength last season, as the Diamondbacks ranked towards the top of the National League in most offensive categories. That figures to continue in 2017. Jean Segura and Welington Castillo are notably absent from this year’s team, and so there could be significant drop offs in the production Arizona receives at second base and catcher this year. However, when healthy, the Diamondbacks have a deep and potent lineup.

Center fielder A.J. Pollock and right fielder David Peralta were both limited last season because of injuries, and merely having those two available for the whole season should go a long way towards replacing the production of Segura and Castillo. The Diamondbacks will also lean on first baseman Paul Goldschmidt, who is one of the best hitters in baseball and could become an MVP candidate if Arizona is able to compete for a postseason spot.

The Diamondbacks also have productive hitters and constant power threats in Yasmany Tomas, Jake Lamb, and Brandon Drury. Those three will help to lengthen the lineup behind Goldschmidt and Peralta, with Pollock and super-utility man Chris Owings helping to replace Segura as the catalyst at the top of the order.

Outside of another outstanding season from Goldschmidt and a great year from Segura, not much went right for the Diamondbacks in 2016, as they won just 69 games. The roster isn’t that different from a year ago either, aside from the departures of Segura and Castillo. However, the team doesn’t have the high expectations that existed last spring following their winter shopping spree, which could play to their benefit.

If everything comes together, the Diamondbacks have a chance to surprise the rest of the league and compete for a playoff spot, the way many thought they would last year. However, there are still so many questions about their pitching, and while a modest improvement can be expected, Arizona is not a playoff contender unless everything falls perfectly into place. The Diamondbacks will be 75-87 this year, once again finishing fourth in the NL West.