Posted on December 3, 2016 by Bryan Zarpentine 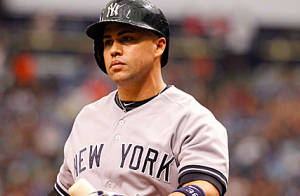 More than a decade after he spurned the Houston Astros to sign a seven-year deal with the New York Mets, prompting fans to boo him ever since, Carlos Beltran is on his way back to Houston. Multiple outlets are reporting that the Astros have signed Beltran to a one-year contract worth $16 million. As part of the deal, Beltran will have a full no-trade clause.

Beltran, as the people of Houston will recall, spent the second half of the 2004 season with the Astros. During that time, he went on an absolute tear, accumulating 23 home runs and 55 RBIs in 90 games. But that was nothing compared to what he did in the postseason, hitting .435 with eight home runs in 12 games, posting an OPS of 1.557.

However, the Astros were unsuccessful in their quest to re-sign Beltran after the season, as he chose instead to sign with the Mets. Beltran has been booed mercilessly in Houston ever since. However, after more than 10 years and stints with the Giants, Cardinals, Yankees, and Rangers, Beltran is going back to the Astros. If Beltran can come close to replicating the 29 home runs and .850 OPS he posted in 2016, Houston may finally be ready to forgive him.

The signing of Beltran likely finishes off what has been a busy offseason for the Astros, at least with regard to the team’s lineup. The Astros have already worked out a trade with the Yankees for catcher Brian McCann and signed free agent outfielder Josh Reddick, adding two left-handed hitters with power to their lineup. The Astros now have a switch-hitter with plenty of power in Beltran.

It should be interesting to see how Beltran is utilized in Houston. While he will turn 40 in April, Beltran can still be a competent corner outfield, opening the door for the Astros to use him in the outfield alongside Reddick and George Springer. Of course, the Astros may also look to get at bats to outfielders Nori Aoki, Jake Marisnick, and Teoscar Hernandez.

It’s likely that Beltran will get most of his at bats as a DH. However, Houston does have Evan Gattis and Yulieski Gurriel, both of whom will have to fit in at either first base or DH, although Gattis is also the backup catcher. No matter how the Astros line up everyone, there’s no denying that on paper they have one of the most potent lineups in baseball, especially now that Beltran has been added to the equation.