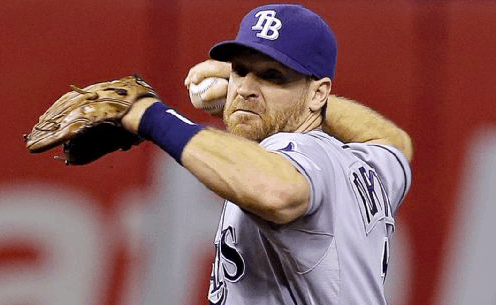 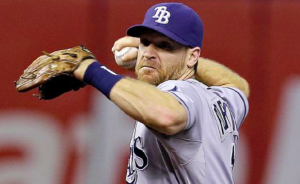 The Los Angeles Dodgers have been awfully quiet so far this offseason, which is a bit unusual for a team that’s not shy about making a big splash. With Howie Kendrick traded to the Phillies and both Chase Utley and Justin Turner free agents, Los Angeles has some glaring holes in its infield, and so one thing they have done is explore the market for second baseman that may be available via trade. The latest second baseman to draw the eye of the Dodgers is Logan Forsythe of the Tampa Bay Rays.

After modest amount of success early in his career, Forsythe has started to break out offensively over the past two seasons, making perennial contenders like the Dodgers take notice. Forsythe also has a connection to Los Angeles in the form of current Dodgers president of baseball operations Andrew Friedman, who played a role in acquiring Forsythe when he was working for the Rays prior to the 2014 season, so it wouldn’t be a surprise to see Friedman attempt to acquire Forsythe again.

According to multiple sources, the Dodgers were speaking with the Rays about acquiring one of their starting pitchers, but also mentioned that they have interest in Forsythe as well. We expect the Rays to be active in the trade market this winter, but only in a way that helps them to compete in the immediate future. The Rays could replace Forsythe with either Nick Franklin or prospect Daniel Robertson, so they do have depth at their position. However, they would likely ask for a major league player in exchange for Forsythe, perhaps an outfielder like Andrew Toles.

Kinsler is certainly an option for the Dodgers, as the Tigers are looking to turn over their roster, making just about any player available in a trade. However, Kinsler would have to waive his no-trade clause in order to go to the Dodgers, and he’s said that he will only do that if he’s signed to an extension. That could make a trade for Kinsler tricky to pull off for Los Angeles.

With Kinsler able to veto a trade to the Dodgers and not much traction made with regard to Dozier, Forsythe becomes a very real possibility for Los Angeles. He would definitely fit what the Dodgers need, and the Rays appear open minded with regard to any trades, and so they will likely listen to what the Dodgers have to say. Any talks appear to be in the early stages as of right now, but no one should be surprised to see the Rays and Dodgers match up in a trade this offseason, and such a trade could involve Forsythe going to Los Angeles.