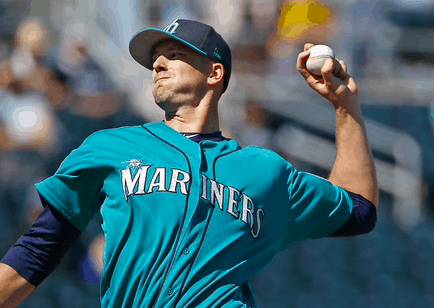 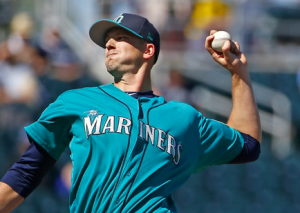 One of the biggest acquisitions the Seattle Mariners made this offseason will not be with them when the season gets underway on Monday. The team announced on Friday that left-handed starter Drew Smyly has been diagnosed with a flexor strain in his elbow and will miss at least six to eight weeks of action, likely keeping him off the mound until June.

Smyly was scratched from a Cactus League start earlier this week after describing his arm as “soggy.” That prompted him to visit a doctor, which resulted in Smyly being diagnosed with a flexor strain, an injury that can sometimes lead to more serious problems.

Seattle acquired Smyly in January with the intention that he and Yovani Gallardo, who was also acquired via trade, would form a strong back-end of the starting rotation. However, that plan has quickly gone awry, forcing the Mariners to dig into their pitching depth.

“It’s a key loss,” laments Mariners GM Jerry Dipoto. “I could sit here and lament the fact we ‘ve lost Drew for a period of time, or I could take a positive outlook. We’re days away from Opening Day, and it does nobody any good if we break (camp) with our heads down. Drew Smyly was and is important to our season. I anticipate he’s going to contribute at some point, just not as soon as we expected. We’re still very happy with the acquisition, loved what he looked like when he was here in Spring Training with us and believe he’ll be an impact player for us at some point in the not-too-distant future.”

Unfortunately, injuries have become a common occurrence for Smyly during his big league career. He managed to stay healthy last season, making 30 starts with the Tampa Bay Rays. However, a labrum injury the previous year limited him to just 12 starts. Despite just winning seven games and posting a 4.88 ERA in his 30 starts last season, the Mariners were hopeful that staying healthy for a full season was a positive sign heading into 2017.

The lefty pitched well while appearing with Team USA during the World Baseball Classic, but he struggled in a minor league start after returning to camp with the Mariners, which could have signaled that injury trouble was ahead.

“Drew was throwing great when he got to camp. He was throwing great when he left and threw in the WBC. We all watched it,” Dipoto said. “Good, bad or indifferent, he just hasn’t been quite the same since he got back. But injury can happen any place, so it’s hard to point the finger back. I’d rather look forward and see how we create a solution rather than placing blame.”

Fortunately for the Mariners, they have a fair amount of rotation depth. They would have had enough starters to field a solid rotation had they not acquired both Smyly and Gallardo this offseason. With Smyly going down, Ariel Miranda is being called upon to take his place. The 28-year old Miranda struggled this spring but posted a 3.44 ERA across 10 starts with the Mariners last season, so they know what he’s capable of bringing to the table.

“This is obviously what I wanted,” Miranda said through a translator. “I’m happy the club kept me in mind for when this situation arose. Now I just have to focus on geting the job done.”

Beyond Miranda, Chris Heston, Gillon Overton, Rob Whalen, and Chase De Jong could all fill a void in Seattle’s rotation if necessary. The loss of Smyly is certainly significant for the Mariners, even if he was only lined up to be their no. 4 starter this season. However, the Mariners, more than most teams, are set up to deal with an injured starter at this point in the season.