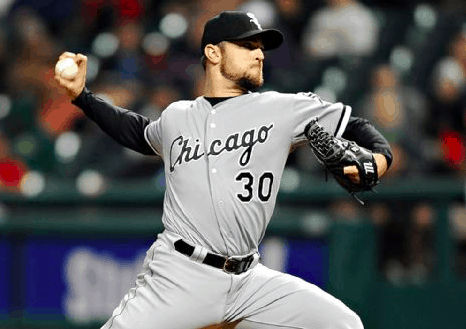 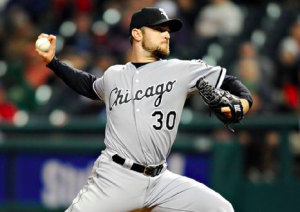 With spring training fast approaching, the Washington Nationals continue to have a noticeable vacancy towards the backend of their bullpen. It’s well established that the Nationals are still lacking a bona fide closer heading into 2017, which is nothing short of unusual for a team that has hopes of reaching the World Series this year. However, while the Nationals haven’t been able to find a closer on the free agent market this winter, the search does continue. Ken Rosenthal is reporting that Washington continues to discuss a trade for Chicago White Sox closer David Robertson.

To be fair to the Nationals, they did make a serious effort to sign both Mark Melancon and Kenley Jansen this winter. However, with Washington’s propensity for offering contracts with deferred money to free agents, the Nationals were unable to convince either player to sign with them. When the Nationals also lost out on signing Greg Holland, the free agent market was officially bare of potential closers, forcing them to explore the trade market for an established closer. Of course, at this point, the White Sox may be the only team willing to trade their closer.

Robertson may not be the ideal closer, but he’s accumulated 110 saves over the past three seasons. Of course, he’s also posted blown 19 saves in that span and seen a spike in his ERA in recent years. That being said, Robertson would give the Nationals clarity in the closer’s role and prevent them from having to push one of their setup men like Shawn Kelley, Blake Treinen, or Sammy Solis into that role. With the Nationals having worked out a trade with the White Sox for center fielder Adam Eaton earlier this winter, it stands to reason that the two teams could work out a deal for Robertson as well.

But it may not be quite that simple. Rosenthal reports that the Nationals don’t want to pay all of the $25 million left on Robertson’s contract over the next two years. In fact, there have been reports all winter that Nationals GM Mike Rizzo has not received the permission he needs from ownership to add significant amounts of payroll or pursue the players he wants. Thus, it could be difficult to complete a trade for Robertson, especially if the Nationals are also reluctant to give up top-tier prospects to get him after sending the White Sox three of their best pitching prospects to acquire Eaton.

Thus far, the Nationals have only added relief pitchers on minor league contracts this offseason. That group includes the likes of Joe Nathan, Matt Albers, and Jeremy Guthrie, none of whom will solve their closer quandary. Pitchers like Joe Blanton and Sergio Romo remain on the free agent market, but Blanton has never been a closer and Romo hasn’t been a full-time closer in more than two years. Both would give Washington’s bullpen more depth, but not necessarily the closer they need.

If the Nationals are serious about being contenders in 2017, and there’s no reason why they shouldn’t be, they need to add an established closer. At this point, Robertson appears to be the top, and perhaps only, option they have to do so before the start of the season. The report from Rosenthal that discussions with the White Sox continue is a promising sign for the Nationals, but to make a deal happen, Washington will have to step up and show that they are willing to spend the money or prospects necessary to get the closer they desperately need.