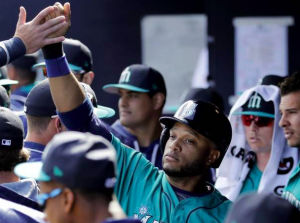 With more than 30 trades made over the last year and a half, Seattle Mariners GM Jerry Dipoto may finally have the team he wants heading into the season. The Mariners have been one of the busier teams in baseball this offseason, so what can we expect from them in 2017?

The Mariners had a solid rotation last season, and they’ve worked hard this winter to make it even better this season. Felix Hernandez remains the undisputed ace, although he’s coming off a subpar season by his standards last year and dealt with an injury for the first time in his career. If he can bounce back this year, Seattle will have one of the best pitchers in the game leading its pitching staff.

Complementing Hernandez will be Hisashi Iwakuma and James Paxton. Iwakuma had a rough spring but he’s coming off a career-high 16 wins last year and should provide Seattle’s rotation with a reliable veteran. Paxton, meanwhile, appears poised for a big season after finally securing his spot in Seattle’s rotation last season. The lefty made 20 starts last season and could be a real asset for the Mariners over the course of a full season.

The Mariners also have great rotation depth after adding Drew Smyly and Yovani Gallardo over the winter. Smyly is likely to miss the first two months of the season, but he has the stuff to be a frontline starter. Gallardo comes to Seattle with question marks after having the worst season of his career in 2016 and following that up with a sluggish spring. However, if he can rebound and pitch the way he did earlier in his career, he’ll be one of the best no. 5 starters in baseball. The Mariners also have pitchers like Ariel Miranda and Chris Heston providing rotation depth, putting them in good shape heading into 2017.

The Mariners also had a strong bullpen last year, and they hope for more of the same this season. Edwin Diaz will continue to be the team’s closer after taking over that role the second half of last season. The 23-year old had an impressive rookie season in 2016, and while the Mariners are hopeful he can emerge as one of the top closer’s in baseball, Diaz won’t have Steve Cishek as a safety net early in the season, as he’s still recovering from hip surgery.

With Cishek out for the foreseeable future, the Mariners will rely on pitchers like Nick Vincent and Dan Altavilla to be the team’s primary setup men. Vincent has been a reliable pitchers throughout his career, and it’ll be interesting to see if Altavilla can handle a prominent role in Seattle’s bullpen after experiencing great success late last season in his first exposure in the big leagues. The Mariners also signed Marc Rzepczynski over the winter to give them a lefty who can serve as a setup man for Diaz and Cishek.

Offensively, the Mariners possess an intriguing combination of power and speed. Over the winter, the Mariners added Jean Segura, who’s coming a career year, and Jarrod Dyson, who is also coming off the best season of his career and will be motivated to have a big year with free agency on the horizon. Those two will join Leonys Martin to give the Mariners three excellent table setters with great speed at the top of their lineup.

Those three should be wonderful complements to the trio of Robinson Cano, Nelson Cruz, and Kyle Seager. That trio combined for 112 home runs and 307 RBIs last season and there’s no reason to think that can’t put up similar numbers this season, especially with so much speed in the lineup in front of them.

The Mariners also have a few intriguing x-factors. Despite not starting the season in the big leagues, first baseman Dan Vogelbach possesses impressive power and could add even more depth to Seattle’s lineup later in the season. Catcher Mike Zunino showed some positive signs the second half of last season, giving the Mariners hope that he can finally become the player they expect him to be. Mitch Haniger is also a name to watch, as he possesses plenty of raw power and should get a chance to be the team’s every-day right fielder after an impressive spring.

Seattle quietly won 86 games and finished within three games of a wild card spot last season, and after a busy offseason they may be one of the most intriguing teams in baseball this year. It will be fascinating to watch if their unique blend of power and speed can lead to consistent winning, especially with what appears to be a rock-solid pitching staff to complement their lineup.

Look for the Mariners to finish 90-72 this season. Seattle’s rotation should be better than it was a year ago, especially if the Mariners get a full season out of Hernandez. Between an improved pitching staff and a compelling lineup, the Mariners will surprise baseball by winning the AL West and reaching the postseason for the first time since 2001.