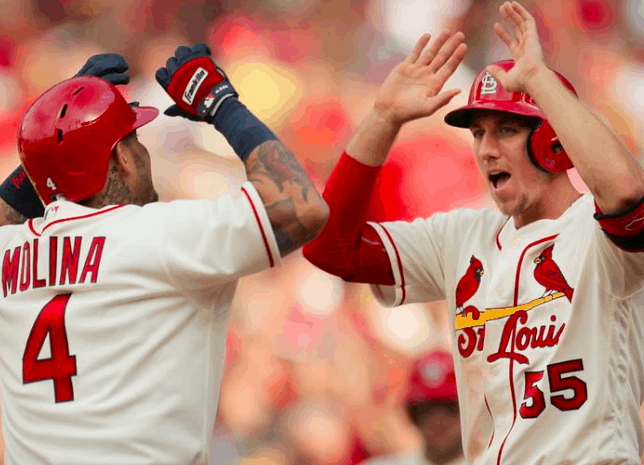 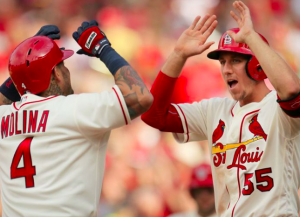 The St. Louis Cardinals have long been one of the kings of the National League. But with the Chicago Cubs usurping them as the dominant team in the NL Central, the Cardinals are suddenly underdogs. St. Louis has done its best to catch up with the Cubs this offseason, so where do they stand heading into 2017?

There’s been some turnover in the St. Louis rotation heading into 2017, as Jaime Garcia was traded to the Braves during the offseason and top prospect Alex Reyes will miss the season after undergoing Tommy John surgery this spring. Nevertheless, the Cardinals still have their young ace in Carlos Martinez and their veteran ace in Adam Wainwright leading their rotation.

The rest of the rotation, however, does have a couple question marks. Lance Lynn has had a strong spring, but he’s still coming off Tommy John surgery, so his health or effectiveness could become an issue at some point. Michael Wacha also had a strong spring and is hoping to bounce back in 2017, but he’s coming off a dreadful year in 2016 that included shoulder problems. Finally, Mike Leake should be solid in the back end of the rotation, but he posted a career-high 4.69 ERA last season, so he’s yet another starter who will have to bounce back this season.

The St. Louis bullpen was solid if unspectacular last season and this season will likely be more of the same with largely the same group of pitchers returning. The lone addition to the bullpen is Brett Cecil, who will give the Cardinals a second lefty to use late in games, which should be helpful.

Seung Hwan Oh returns as the team’s closers after saving 19 games and posting a 1.92 ERA last season. He should be far more comfortable this year in his second big league season, and the Cardinals are hoping he can become one of the game’s dominant closers. He’ll have plenty of support from Jonathan Broxton and Kevin Siegrist, although Broxton obviously isn’t the pitcher he once was. After making a bid to be a starter, Trevor Rosenthal is back in the St. Louis bullpen, where he should give the Cardinals some quality depth.

Despite a slew of injuries, the Cardinals were one of the most productive offensive teams in the National League last year. Complementary players like Matt Holliday and Brandon Moss have gone elsewhere in free agency, which could hurt the Cardinals from a power standpoint. However, St. Louis has added center fielder Dexter Fowler, who should help the club at the top of the lineup.

Elsewhere in the outfield, Randall Grichuk had a disappointing season in 2016, but if he could bounce back, the trio of Fowler, Grichuk and Stephen Piscotty should be one of the better outfields in the National League. Matt Adams could even see some time in the outfield after making a position change late in spring. Getting Adams at-bats in the outfield could help make up for the loss of Holliday and Moss.

The St. Louis infield is also in good shape if everyone can stay healthy. Matt Carpenter, who is now at first base, is as reliable as they get offensively. At third base, Jhonny Peralta struggled a bit last year, in part due to injuries, but if he can stay healthy he’ll be a productive offensive player.

Shortstop Aledmys Diaz is coming off a great rookie season and the Cardinals are hoping he’ll be a better all-around player during his sophomore campaign. At second base, there’s some concern about Kolten Wong, but the Cardinals still have Jedd Gyorko as their backup infielder. Gyorko mashed 30 home runs last year and could play any infield spot if necessary.

After winning 86 games and missing the postseason last year, the Cardinals are bound to receive a little good fortune in the injury department this year. Staying healthy, particularly on the offensive side of things, should make them one of the most consistent teams in the National League. From there, it’s all about how their pitching holds up.

Look for the Cardinals to finish 90-72 this season. It won’t be enough to catch the Cubs at the top of the division, but it should be enough to secure a wild card spot, and in the postseason, the Cardinals will have just enough pitching to be a tough out.