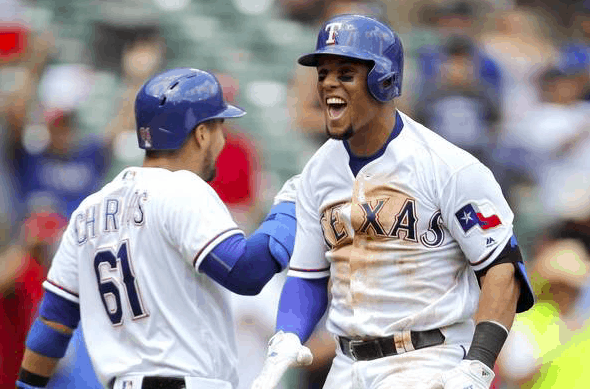 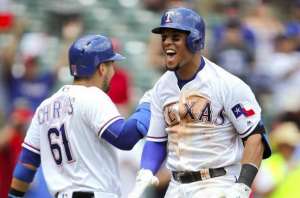 The Texas Rangers have won back-to-back AL West championships and finished the 2016 regular season with the best record in the American League. However, 2017 is a new year and their roster looks considerably different from last year. They also have a much more competitive division trying to catch them. Can the Rangers make it three straight division crowns or will they suffer a setback in 2017?

For a team that went to the postseason, Texas did not have a rotation that was all that impressive last year, and there’s little guarantee things will be much better this year. It will help that Yu Darvish is finally feeling healthy after undergoing Tommy John surgery in March 2015, as he and Cole Hamels have the potential to be one of the best 1-2 duos in baseball. However, the rest of the rotation is filled with question marks.

Martin Perez is penciled in for the no. 3 spot in the rotation after finally establishing himself last year in his first full big league season. The 26-year old lefty should be solid, but there’s a considerable drop-off between Hamels and Darvish at the front of the rotation and Perez in the no. 3 spot. Meanwhile, the Rangers are hopeful that Andrew Cashner and Tyson Ross can fill out the back end of the rotation. However, Ross is coming back from thoracic outlet syndrome and won’t pitch until late May at the earliest and Cashner has had trouble staying healthy this spring.

Hamels and Darvish will only be able to carry the Rangers so far, and so Texas will need the rest of its rotation to contribute. Heading into the season, there’s some uncertainty regarding who will fill out the back end of the rotation and how much they’ll be able to help the Rangers win in 2017.

The Texas bullpen was one of the worst in the American League last year, but there’s hope for improvement this season. Sam Dyson has solidified himself as the team’s closer after saving 38 games in 43 chances last season. The Rangers should also have quite a bit of depth in front of him.

Jeremy Jeffress only made 12 appearances for the Rangers last year, but he saved 27 games for the Brewers before being traded at the deadline and should become a great 8th inning setup man for Dyson. Alex Claudio and Tony Barnette are both coming off solid seasons in 2016 and should help create a strong bridge from the starters to Jeffress and Dyson at the end of games. Matt Bush is also someone to watch, as the former 1st overall pick appears poised to carve out an important role in the Texas bullpen, potentially giving the Rangers a handful of reliable arms coming out of the bullpen.

Offensively, the Rangers may have some work to do, as they lost Carlos Beltran, Ian Desmond, and Mitch Moreland from the lineup that appeared in the playoffs last season. That being said, Texas will also have Jonathan Lucroy and Carlos Gomez for a full season, as well as a healthy Shin-Soo Choo. Most importantly, the late signing of Mike Napoli gives them a proven run producer in the middle of their lineup.

With Napoli back in Texas, the Rangers will have some heavy hitters in the middle of the order, as Napoli joins Lucroy, Rougned Odor, and Adrian Beltre as the team’s top run producers. If Choo can stay healthy after four separate stints on the DL last season and provide a spark at the top of the lineup, the Rangers should a strong offensive team.

Nevertheless, there are a few questions, particularly in the outfield. Nomar Mazara needs to avoid a sophomore slump after an impressive rookie season. Gomez needs to build upon his strong finish to last season after slumping the previous season. The Rangers also have to figure out who is their best option in left field, with the hope that Jurickson Profar can finally find a home there. Of course, if the Rangers get production from those three players, the Texas offense could be quite potent this year.

It’s going to be difficult for the Rangers to match the 95 wins they had last year. Regardless of how good they are compared to last year, they’ll face more competition within the division from the Mariners, Astros, and Angels. There are also questions facing their pitching staff, and to a lesser extent, their lineup.

Expect the Rangers to finish 86-76 this season. That’s a significant drop-off from last year, but it will still put them in contention for a division title. The Rangers will score runs, even with some uncertainty about the consistency of their outfielders. Nevertheless, the uncertainty at the back end of their rotation will prevent them from running away with another AL West crown.