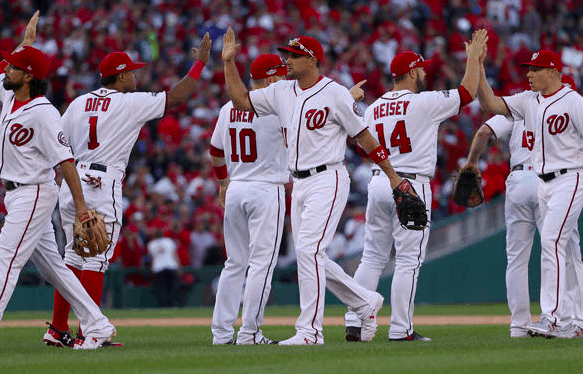 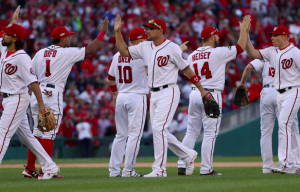 The Washington Nationals have been the most consistent team in the NL East over the last handful of years, yet postseason success continues to elude them. It’s quite possible that Washington’s window for success in closing, putting a lot of pressure on them to reach the promised land. Can 2017 finally be the year the Nationals break through, or will they continue to underachieve?

Few teams have two starters at the top of their rotation as talented as Washington’s duo of Max Scherzer and Stephen Strasburg. If they can stay healthy this season, which has been particularly problematic for Strasburg, both are capable of winning 20 games for the Nationals, which would obviously go a long way towards getting Washington back to the postseason.

However, rotation depth could be an issue, especially after the Nationals traded two of their most promising young pitchers in Lucas Giolito and Reynaldo Lopez in the trade for Adam Eaton. To be fair, Tanner Roark and Joe Ross are both coming off impressive campaigns in 2016. However, Roark has never been used as a starter in back-to-back seasons, while Ross is yet to pitch a full season in the majors.

Gio Gonzalez also presents a potential problem, as his numbers continue to decline with each passing year. He’s a safe bet to take the ball at least 30 times, which is a nice luxury, but his 4.57 ERA last year was his highest since 2009, and the way he’s trending his ERA could climb even higher in 2017. Also, without Giolito and Lopez in the picture, the Nationals don’t have many options beyond the five who will begin the season in the starting rotation.

Much has been made of Washington’s lack of a true closer this offseason, and for good reason. Teams with World Series aspirations rarely enter a season without an experienced closer. To be fair, the Nationals have several suitable late-game relievers in Shawn Kelley, Blake Treinen, Joe Blanton, and youngster Koda Glover. But who will emerge as the closer, and can that pitcher remain the closer for the entire season are huge questions heading into the season.

Much like Washington’s rotation, the team’s lineup has two marquee players in Bryce Harper and Daniel Murphy to do a lot of the heavy lifting. Harper may be poised for a special season after battling injuries throughout the 2016 season. The trade for Eaton and the late addition of Matt Wieters should also add plenty of pop to Washington’s lineup, especially with the loss of Wilson Ramos, who was a key contributor last season.

Of course, there are a few potential problems for the Nationals. For starters, Harper, Murphy, Eaton, and Wieters are all left-handed hitters, meaning Washington will need its right-handed hitters to help bring balance to the lineup. The team has high hopes for Trea Turner and should get consistency from Anthony Rendon, but both Ryan Zimmerman and Jayson Werth are in their decline. Zimmerman, in particular, looks like he’s at the end of the line, making the signing of Adam Lind late in the winter an important addition for the Nationals.

With Harper and Murphy in the middle of everything, the Nationals should be a better offensive team than most. But the performance of their aging veterans and the depth the Nationals have in case of injury remain unanswered questions heading into the 2017 season.

The Nationals won 95 games last year, and this year’s team certainly has the potential to match that total in 2017. That being said, the Nationals aren’t necessarily set up to deal with adversity with regard to a lack of depth at certain positions and the lack of a true closer, both of which are concerns for Washington.

Expect the Nationals to be 87-75 in 2017. This is a slight setback from last season, but it will still allow them to play meaningful games in September and possibly sneak into the playoffs.