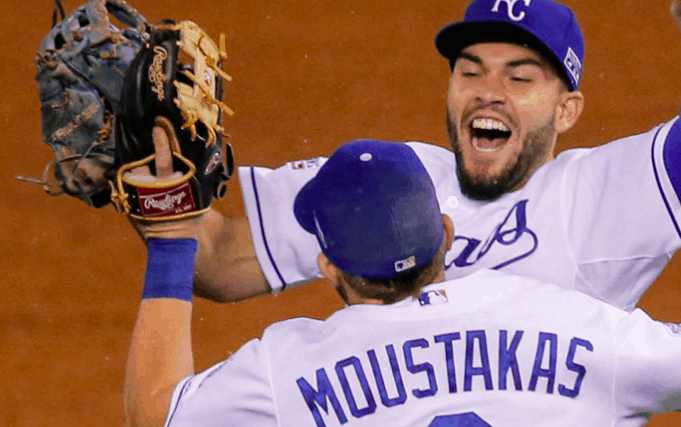 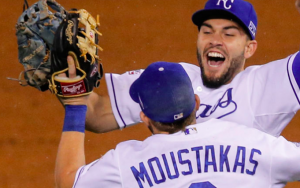 The Kansas City Royals are approaching a crossroads, as the 2017 season gets underway. The team that has won two of the last three American League pennants and the 2015 World Series is not only still in mourning over the sudden loss of Yordano Ventura, but they also begin the season knowing that several of their most important players are in the final year of their contract.

The quartet of Eric Hosmer, Mike Moustakas, Alcides Escobar, and Lorenzo Cain will all be free agents after the 2017 season, possibly leading to significant roster turnover and the end of Kansas City’s window to chase another championship. By all accounts, the Royals will wait until after the season before negotiating with their free agents to be. This puts the team in the unique position of trying balance the present with the future.

The Royals have already been forced to part with several members of the team who were instrumental in winning the World Series in 2015. The club did not re-sign Kendrys Morales, who left this winter as a free agent and signed with the Blue Jays. Kansas City also traded away closer Wade Davis and outfielder Jarrod Dyson, two more players entering a contract year, in an effort to save money. Even with those trades, the Royals will have a franchise-record payroll of $140 million in 2017.

To be fair, the Royals have been unafraid to spend to keep important players with the team. They handed out a handsome extension to rotation leader Danny Duffy earlier this winter, a year after doing the same for outfielder Alex Gordon. The Royals also signed free agent pitchers Jason Hammel and Alex Wood, as well as slugger Brandon Moss. But with their payroll already at an all-time high, it’s almost impossible to imagine the Royals retaining the quartet of Hosmer, Moustakas, Escobar, and Cain, all four of whom have been instrumental in the team’s recent success.

“We’ve demonstrated in the past that we will be aggressive and go above and beyond to keep as many of our good players as we can,” says Royals GM Dayton Moore. “We’d like to have them all come back, but we also know the challenges our market presents.”

An uncertain future is certainly hanging over their heads at the start of the season. But the Royals insists they are focused on the future and feel good about the upcoming season, despite a disappointing 81-81 record a year ago.

“We don’t know what’s going to happen, but I do feel better about this group than I ever have. I trust them. They care deeply about each other. They have a lot of grit and a lot of passion to win for one another,” Moore says. “They appreciate what’s at stake.”

Of course, unlike in years past, there is a level of pressure on the Royals to get off to a fast start. If Kansas City struggles and is miles from contention in the middle of July, the team could consider trading some of its impending free agents, breaking up the band sooner than expected.

“It’s important we get off to a good start, and our players understand that,” says Moore. “They understand the importance of playing with one another, playing with innocence and not getting caught up where they will be next year. If it becomes more from the business side and less from the heart, then we will have to evaluate some things.”

Moore and the players are certainly saying all the right things, but there’s no denying there’s a different feeling in Royals camp this year. Several of the players who came up together and won a championship together are no longer with the club, including the late Ventura. It could also be the final chance the same group of players has to make a run towards a championship together. But with so much else on their mind, the Royals are confident about the season ahead.

“We don’t want to think about what might happen in the future,” says catcher Salvador Perez, who is signed through the 2021 season. “We’re worried about now. We know we’ve got a lot of free agents that everybody wants. But as long as we’re together, let’s win and show everybody what we’re made of.”